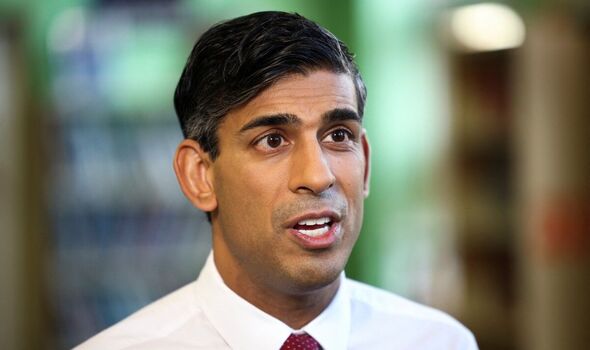 Rishi Sunak has refused to rule out the firing of NHS staff who go on strike under new legislation which is set to be introduced in the coming weeks. The new law, which has not yet been introduced to the House of Commons, will set “minimum safety levels” for several industries, limiting their ability to take industrial action. While the details of the legislation are not yet public, Mr Sunak swerved a question over whether or not health workers could face being fired if they choose to strike.

Asked if health workers can be sacked under the new law, Mr Sunak replied: “I fully believe in the unions’ role in our society and the freedom for them to strike.

“But I also believe that should be balanced with the right of ordinary working people to go about their lives free from significant disruption.

“And that’s why we’re going to bring forward new laws in common with countries like France, Italy, Spain, and others, that ensure we have minimum levels of safety in critical areas like fire, like ambulances, so that even when strikes are going on, you know that your health will be protected.

“I think that’s entirely reasonable and that’s what our new laws will do.”

Yesterday, Business Secretary Grant Shapps confirmed that the Government will be pressing ahead with its crackdown on industrial action, pledging to introduce the new legislation “in the coming weeks”.

The Department for Business, Energy and Industrial Strategy (BEIS) announced the new legislation, while also calling for union leaders to return to talks.

BEIS said ministers are “reaching out to unions to invite them to sit down and discuss the evidence that the Government will be submitting to the pay review bodies”.

During these discussions, the Government called for the unions to cancel their upcoming strikes “in a bid to resolve these disputes constructively through dialogue”.

Business Secretary Grant Shapps said the Government would still “protect the freedom to strike”, whilst also looking to safeguard “life and livelihoods”.

He said the measures were being introduced to “restore the balance between those seeking to strike and protecting the public from disproportionate disruption”.