The Home Secretary was confronted by BBC Radio 4’s Today host Mishal Husain over the Government’s coronavirus testing capacity. But as the BBC host claimed the Government’s efforts were still failing to meet the increasing demands for tests, Priti Patel was forced to defend Boris Johnson’s team in a fiery radio clash. She said: “Coronavirus is increasing and therefore the demand is increasing as well for testing.

“What the Government is doing, working with Public Health England in these hotspot areas where we had local lockdowns, is absolutely making sure that you book in slots for testing and home testing kits and mobile testing facilities are being made available.”

But the BBC host blasted: “It’s not enough, Home Secretary. If all of that was enough, then we wouldn’t have these problems being reported right now.

“Let me put to you one email that came to us on this programme this morning from someone who is a GP who is married to an intensive care consultant.

“They have a child with COVID symptoms that first became apparent last Thursday. They have tried repeatedly to book a test of Gov.Uk. There is nothing. 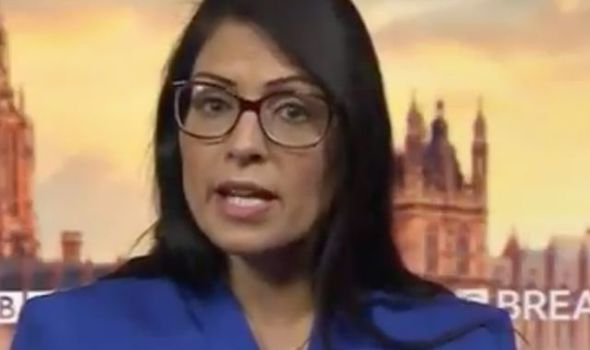 The Home Secretary hit back: “New booking slots are being made available on a daily basis for people with symptoms.

“And that capacity is increasing every single day.”

As Ms Husain pointed out the Government was still “behind the curve” and asked the Home Secretary whether they are planning to “ration” tests for those who should be regarded as priority, Ms Patel replied: “Well, look. I’m not going to go into issues of that nature. The fact of the matter is that our priority has been constantly to bolster and increase testing capacity in the areas where they need it the most.”

The Home Secreatry claimed testing capacity is at the “highest level it has ever been” and is increasing “every single day”.