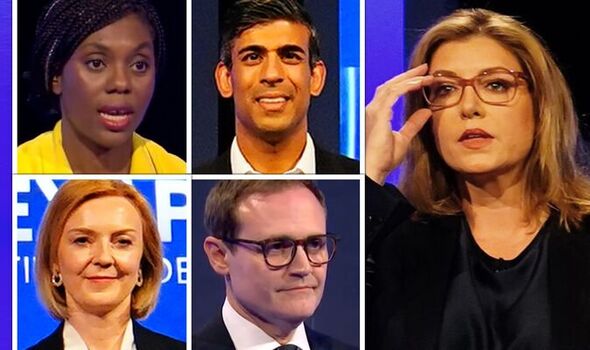 Trade Minister Penny Mordaunt’s campaign is gathering momentum as she establishes herself as the woman to beat. Yesterday she received the backing of 83 Conservatives as she started to close the gap on front-runner Rishi Sunak who was voted for by 101 parliamentarians, followed by Mr Truss’s 64. Now the Foreign Secretary has been accused of launching a “black ops” mission to defeat Ms Mordaunt. Lord Frost, the former Brexit chief negotiator who is supporting the Foreign Secretary, said he had “grave reservations” about Mordaunt’s leadership, and had her removed as his deputy because she “did not master the detail”. Ms Mordaunt’s allies hit back at what they said were “smears” designed to discredit her, adding that she was a “diligent, hard-working minister who put her heart and soul into the jobs she had done”. One MP backing Ms Mordaunt told The Times Ms Truss was “seriously rattled… she thought it would be a shoo-in with her vs Rishi. But she hadn’t seen us coming.”

A coordinated effort is underway to undermine Ms Mordaunt as her pitch to become the next Prime Minister continues to gather pace.

Her popularity has surprised many of her colleagues as she picks up votes across the party and after a number of polls suggested she is the most popular candidate among the Conservative grassroots.

The current trade minister finished second place in both of the ballots of Tory MPs in the contest so far.

Yesterday she received the backing of 83 Conservatives as she started to close the gap on front-runner Rishi Sunak who was voted for by 101 parliamentarians.

Ms Mordaunt gained the most extra support in the second round of voting, putting on 16 from Wednesday’s total.

Good morning from London. I’m Tara Fair, I’ll be bringing you all the latest developments on the Tory Party leadership contest. Please feel free to get in touch with me as I work if you have a story or tips to share! Your thoughts are always welcome.