In an appeal to the country to stick to social-distancing rules, the Government’s First Secretary said restrictions on movement must remain in place “for the time being” to avoid a second shutdown later that could devastate the economy. “We’re making progress through the peak of this virus, but we’re not out of the woods,” he said. He also acknowledged many Britons were under an “immense mental strain” in obeying the draconian rules.

Meanwhile, Chief Medical Officer Chris Whitty yesterday warned that the public should not expect deaths from the virus to fall “suddenly” and signalled that many social-distancing measures may have to remain in force for over a year until a vaccine can be found.

The latest appeals for the nation to brace for a long haul in the battle against Covid-19 came after the latest official figures showed a further 665 hospital patients have died from the disease in the UK, taking the total to 18,100.

Speaking at the daily Downing Street coronavirus briefing, Mr Raab said: “The measures we introduced must remain in place for the time being.

“The greatest risk for us now, if we eased up on our social distancing rules too soon, is that we would risk a second spike in the virus with all the threats to life that would bring, and then the risk of a second lockdown which would prolong the economic pain that we’re going through.”

Mr Raab, who is standing in while Boris Johnson recovers from his coronavirus infection, backed a warning yesterday from Bank of England governor Andrew Bailey that lifting restrictions too early could cause more long-term damage to the economy by leading to a second lockdown.

“If we stick to our plan, if we take the right steps at the right time, we can get through this crisis, and I know we will,” the First Secretary said. 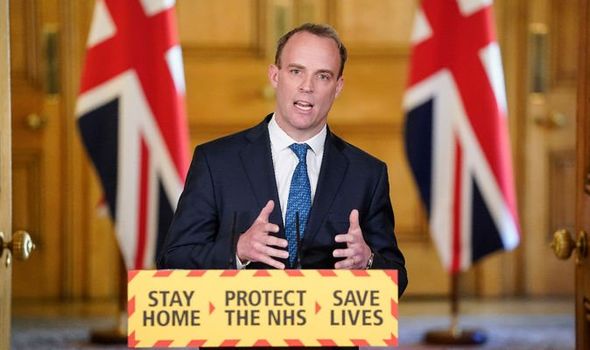 “Now I know it has been tough going for businesses, for families and for vulnerable members of our communities up and down the country.

“It’s been a physical strain as we adapt to living and working at home while not seeing our family and our friends in the usual way we’d like to.”

He admitted the lockdown had put an “economic strain” on businesses.

“But it has also been an immense mental strain on everyone: people stuck at home, families worried about their finances and the elderly more isolated than we’d ever want them to be,” the Cabinet minister added.

Also speaking at the Downing Street briefing, Prof Whitty warned the public not to expect the number of Covid-19 deaths to “fall away” suddenly.

“It is important for people to fully understand that… even in those countries which started their epidemic curve earlier than in the UK, and which are still ahead, the downward slope from the point which we change is a relatively slow one.

“We should anticipate the same situation in the UK. We should not expect this to be a sudden fall away of cases,” he said.

Prof Whitty added: “We have to be very realistic if people are hoping it’s suddenly going to move from where we are in lockdown to where suddenly into everything is gone, that is a wholly unrealistic expectation.

“We are going to have to do a lot of things for really quite a long period of time, the question is what is the best package and this is what we’re trying to work out.

“If you release more on one area, you have to keep on board more of another area so there’s a proper trade-off and this is what ministers are having to consider.”

Prof Whitty also said social distancing measures will almost certainly have to remain in place until a vaccine or effective drugs to treat coronavirus can be found, which he warned was unlikely to happen this year.

Only a vaccine or drugs to treat coronavirus could bring an exit from the health crisis, the Chief Medical Officer said.

“Until we have those, and the probability of having those any time in the next calendar year are incredibly small and I think we should be realistic about that.

“We’re going to have to rely on other social measures, which of course are very socially disruptive as everyone is finding at the moment.” 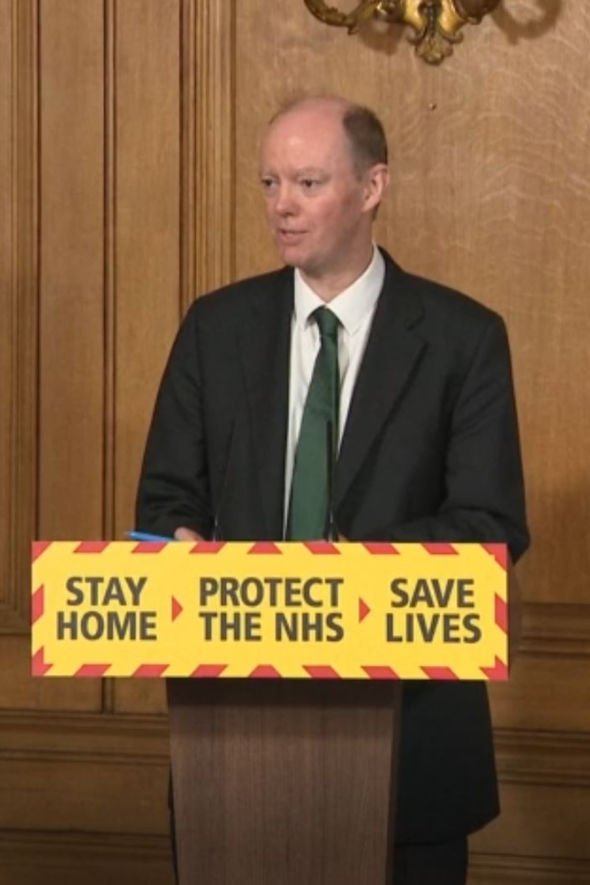 Making his Prime Minister’s Questions debut as opposition leader, Sir Keir told Mr Raab: “The day before yesterday 40,000 tests could have been carried out, but only 18,000 tests were actually carried out.

“All week, I have heard from the frontline, from care workers who are frankly desperate for tests for their residents and themselves, desperate.

“They would expect every test to be used every day for those who need them.

“There is clearly a problem. Why is the Government not using all the tests available every day?”

He also claimed “something is wrong” in providing gowns, masks and other protective clothing for the NHS and alleged a “pattern” had emerged of the Government being “slow” to respond to the crisis. 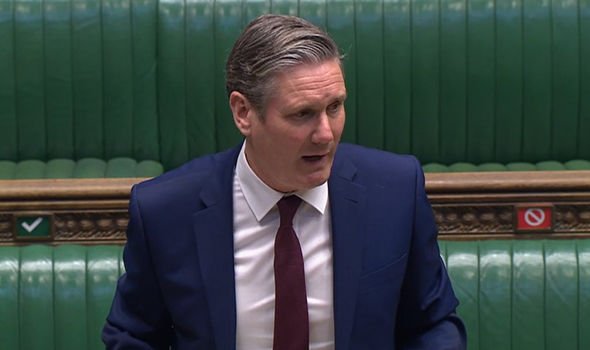 Mr Raab insisted the Government would hit a target of 100,000 coronavirus tests a day by the end of the month.

“Of course a project like this requires an exponential increase in the final days, the final week, of the programme.

“I reassure him that we are working with a range of commercial partners to boost the testing to get to that 100,000 tests per day,” the First Secretary said.

He added: “Since the start of the outbreak, we have delivered 1 billion items of personal protective equipment, and tens of millions have been distributed via the devolved administrations.

“We recognise, though, that we have to strive even harder in this incredibly difficult and competitive international environment to source the equipment.”

“We continue to work hard to try to both boost the domestic capacity to produce PPE and to source it from within the UK and also to secure PPE orders from overseas,” the Downing Street official said.

The RAF could make further flights to collect PPE from overseas, Number 10 indicated.

“If there was more PPE to be collected and delivered from anywhere in the world then if the RAF could help then they will do so,” the spokesman said.