In April, history was made at Augusta National Golf Club when Hideki Matsuyama became the first Japanese male golfer to win a major championship. As other contenders at the Masters faltered, Matsuyama shot a seven-under 65 in the third round for a 4-shot lead heading into Sunday. He won by a stroke.

In May, history was made again in the P.G.A. Championship when Phil Mickelson, 50, became the oldest golfer to win a major. It was his sixth major title.

Both players have never won the United States Open, but have finished second. If either of them captures this week’s U.S. Open at Torrey Pines Golf Course in San Diego, history will be made again, Matsuyama as the first Japanese player to win the Open and Mickelson as the sixth player to complete the career Grand Slam.

Here are the players, including Mickelson, to watch at the Open, the third major of the year.

After he won last month’s P.G.A. Championship, how can one not keep on eye on the now 51-year-old Mickelson?

Mickelson’s failure to win this tournament has been well chronicled; he has finished second a record six times. None was more heartbreaking than the collapse in 2006 when a par on the final hole would have given him the championship. He ended up with a double bogey, losing by one stroke to Geoff Ogilvy. 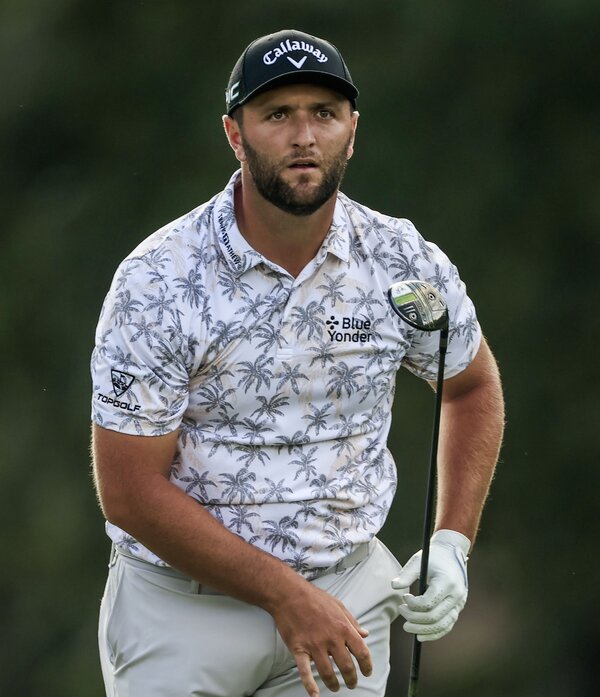 Rahm, leading by six strokes after three rounds, was well on his way to a victory at the Memorial Tournament in Ohio about two weeks ago when he tested positive for Covid-19. He immediately withdrew. Rahm was in isolation until June 12, when he had two negative Covid tests in a 24-hour period.

The course certainly seems to fit his game. His first tour triumph was in the Farmers Insurance Open at Torrey Pines in 2017, where he recorded two eagles on the final six holes. The second eagle came on No. 18 when he made a 60-foot putt from the fringe, capping a seven-under 65. Earlier this year, Rahm tied for seventh at the Farmers.

Rahm, the No. 3-ranked player in the world, has not won since the BMW Championship last August, but has been in good form for most of the year. Including the Genesis Invitational in February, where he tied for fifth, he has finished in the top 10 in six of his last 10 starts.

He’ll have to keep his emotions in check when things go wrong, which they often do at the Open. Bogeys will come. The key will be to avoid any double bogeys or worse. Rahm, 26, is high on the list of the best players in the game who have not won a major.

Forget about the way he struggled in the final round of the P.G.A. after he seized the lead from Mickelson. Koepka, who shot a two-over 74 and finished in a tie for second, was making only his third start since knee surgery in March.

Koepka, ranked No. 10, seems to always be in contention in the majors.

In his last 20 majors, going back to the 2015 British Open, he has finished in the top 10 13 times, including four victories and three seconds. If he were to win this week, Koepka, 31, would become only the 20th player to capture at least five majors.

It has been an up-and-down year for Koepka, who won the Waste Management Phoenix Open in February. He has missed the cut in five of nine tournaments.

Granted, Johnson, 36, hasn’t been on his game in recent months.

He has recorded only one top 10 — a tie for 10th in last week’s Palmetto Championship at Congaree in South Carolina — since he finished in a tie for eighth at the Genesis Invitational. Worse yet, he missed the cut in the Masters and the P.G.A. In four rounds at those two majors, he failed to shoot lower than a 74.

Johnson is the game’s No. 1-ranked player, and by a good margin. In South Carolina, he was in contention on the back nine on Sunday before he made a triple bogey on No. 16.

Johnson has played extremely well in previous Opens. In addition to winning the 2016 championship, he has posted five other top 10s, including a tie for sixth last year.

After his performance in the Memorial Tournament, where he lost in a playoff to Patrick Cantlay, Morikawa is now ranked No. 4, his highest. At 24, his future is very bright.

He has been on a roll since the Masters. In his last five starts, he has finished in the top 20 four times. Morikawa has missed just one cut since October. In February, he captured the WGC-Workday Championship at the Concession in Florida by three shots.

Morikawa was brilliant in last year’s P.G.A. Championship. On the drivable, 294-yard par-4 16th hole, his tee shot came to a rest only seven feet away. He made the eagle putt and went on to win by two strokes over Johnson and Paul Casey. In his final two rounds, Morikawa shot a 65 and 64.