The beauty of Bangkok is that it is the perfect juxtaposition of Old World and new. Centuries-old temples sit side by side with palatial, high-tech shopping centers. Wooden long-tail boats weave their way up and down the Chao Phraya River while glass-and-steel skyscrapers tower overhead. Street food sizzles over open coals in the shadows of Michelin-starred, white-tablecloth restaurants.

When it comes to staying in Bangkok, the luxury hotel scene is equally versatile in offering both traditional and modern luxury. As part of a recent visit, I was able to see two five-star resorts, both of which were equally A-list but reflected the two different sides of luxury available in Bangkok: the Capella Bangkok and the Mandarin Oriental Bangkok. 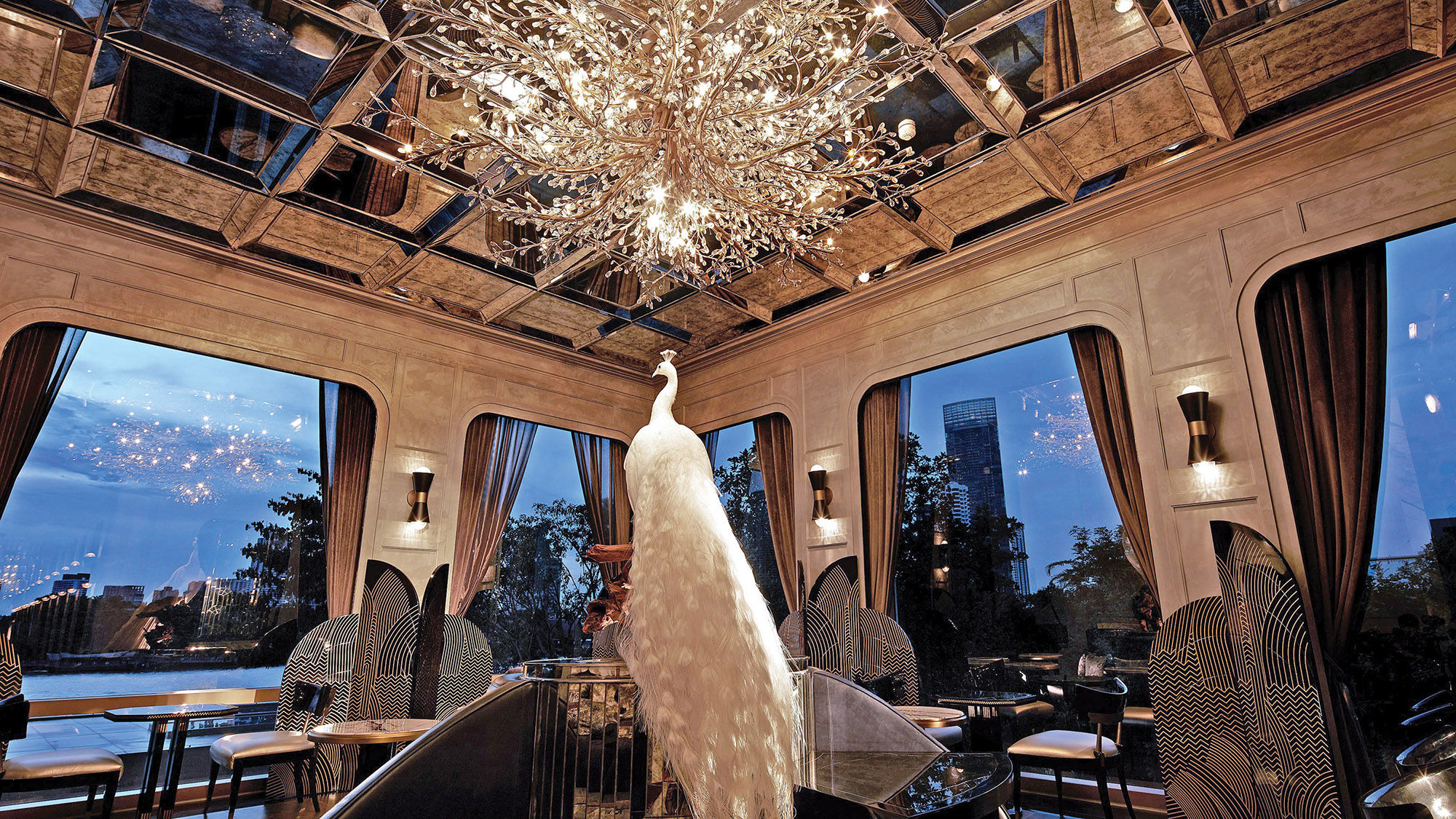 One of the latest in the Capella family of hotels, this sleek, chic and minimalist hotel is a luxury hideaway for the 21st century. Opened in October 2020 in the same complex as the Four Seasons Bangkok, the Capella Bangkok has only 101 rooms, all of them overlooking the beautiful Chao Phraya River.

The Capella Bangkok positions itself as the new face of luxury in Thailand. It’s sleek, chic, understated and elegant, providing next-level luxury for the new generations in travel.

The arrival experience sets the tone. A glass of bubbly and a signature box of bonbons is presented at check-in, enabling guests to instantly melt into the effortlessly elegant vibe. They’re then whisked up to their rooms, though in-room check-in is also an option.

Each room has either a private balcony or a veranda with a Jacuzzi plunge pool. The smallest room category here is Riverfront, which starts at a generous 656 square feet. The largest accommodation is the Presidential Villa at an expansive 6,400 square feet.

The sophisticated design is all about neutral colors, crisp white linens, marble bathrooms and natural accents in wood and stone. There are iPads in every room for guests to order room service or connect with the staff. 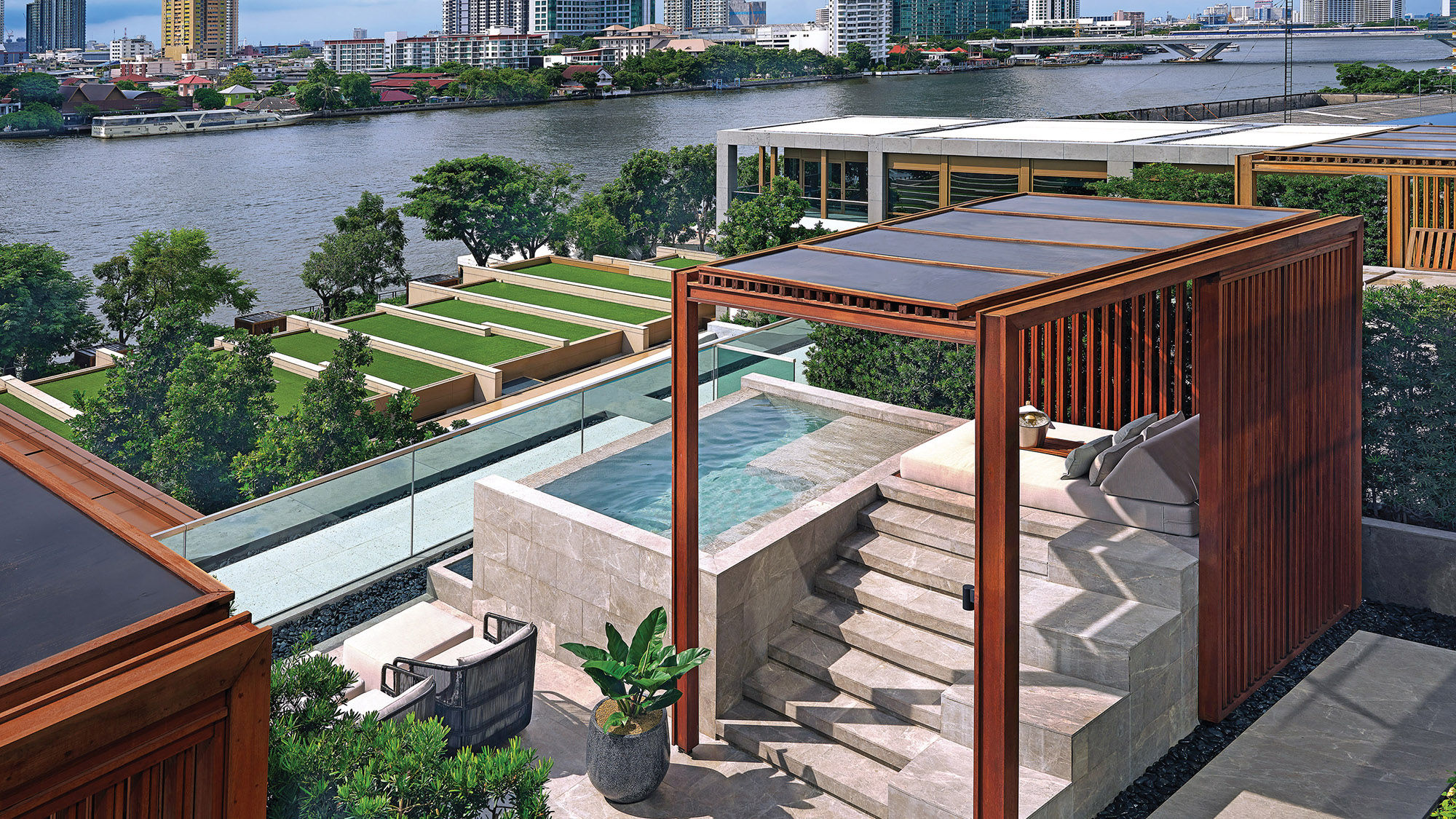 Outside of the guest suites, the hotel is an oasis of Zen, clad in marble with soaring ceilings and massive windows that flood the public spaces with light. One of the highlights of the Capella Bangkok is its Stella bar, an homage to art deco with black-and-white marble, plush purples and pops of gold.

At the center of the bar is an opulent stuffed white peacock that stands underneath a glittering chandelier. It’s a noticeable throwback to a golden age, while still retaining a modern edge. A perk for guests is a nightly Cin Cin hour, featuring a complimentary drink and canapes.

Dining at the Capella Bangkok is equally representative of modern Thailand’s blend of cultures; the signature Phra Nakhon serves regional Thai cuisine in a restaurant perched on the Chao Phraya. Cote by Mauro Colagreco serves cuisine from the French and Italian Rivieras in a refined, dimly lit setting. The staff at Cote go above and beyond to ensure that each part of the meal is executed with precision. Tip: Book a window table for sunset for the best views in the city.

An oasis within the hotel is its Auriga Spa. The sprawling, 11,560-square-foot facility has seven treatment suites, including two couples suites. Large windows and floor-to-ceiling marble set a modern tone, while signature treatments like the Hom Mali body scrub and massage are a testament to Thailand’s ancient traditions. 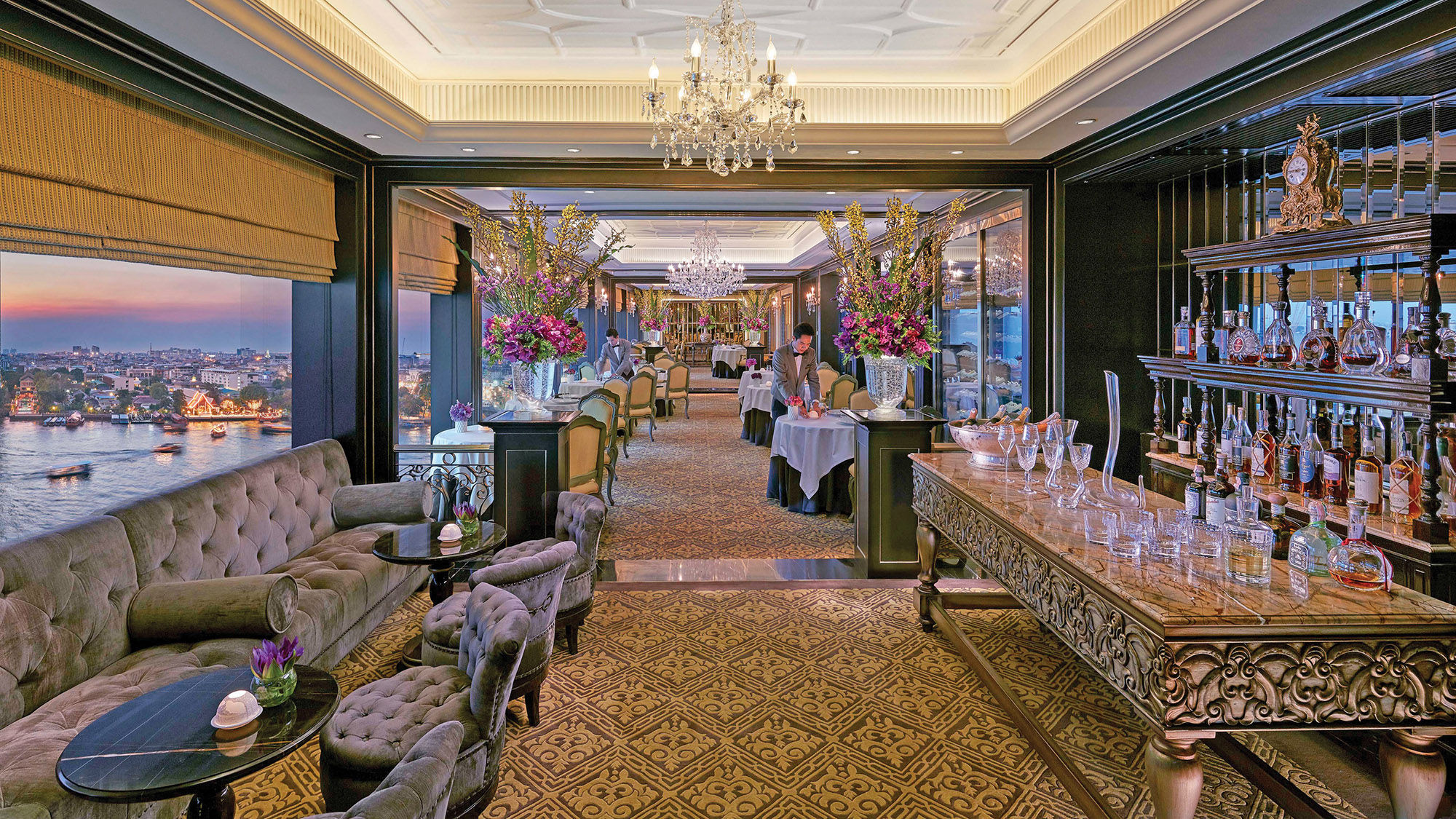 A bit farther up the river, and more than a century back in time, sits the world-renowned Mandarin Oriental Bangkok. Once called the Oriental Hotel, it originally opened in 1876 as one of the only hotels in the Kingdom of Thailand. As such, it became a haven for traveling writers, thinkers, politicians and businesspeople who found themselves in the city.

In 2019, the hotel wrapped one of the most extensive renovations in its history, giving this grand dame a refreshed look. Most notable to the renovation was the reopening of the River Wing tower, which showed off new fabrics and freshly revamped rooms. But a highlight of the renovation was decreasing the number of rooms in order to enlarge the remaining ones.

In total, the renovation included 331 rooms in the River Wing, including 10 themed suites. I checked into the Jim Thompson Suite, a corner unit overlooking the Chao Phraya. This palatial suite had a massive terrace, comfortable living room and sprawling master bedroom with a marble bathroom.

The Mandarin Oriental Bangkok gives an exquisite sense of place. There is something about having a cup of tea or a glass of wine at the recently refurbished alfresco Verandah restaurant (boasting one of the best buffet breakfasts in town) and gazing out across the river as the long-tail boats and ferries hurry by.

One of the best dining experiences to be had at the hotel, and perhaps in all of Bangkok, is at the two-Michelin-starred restaurant Le Normandie by Alain Roux. Diners are guided through sumptuous French experience with the assistance of the impeccable staff. When there, be sure to ask for Federico, the restaurant manager, whose passion and fervor only enhances the dining experience. Sommelier Antoine Simonnet is an encyclopedia of international wines who will craft the perfect pairing to go with an already indulgent experience.

The Mandarin Oriental Bangkok is often regarded as one of the greatest hotels in the world, a reputation it has built over many decades. Its fresh face-lift and thorough sprucing up has ensured that it will glide seamlessly through the 21st century, while still retaining its reputation for Old World glamour that put it on the map in the first place.