The Google Maps Street View cameras have a habit of coming across people from all over the world in rather unlikely situations. In Norway, viewers spotted a dog walker who had opted for a rather unique method of getting her canine out of the house.

As the saying goes “dogs are man’s best friend” and in this case, it seems the dog walker wanted nothing less than luxury for her furry friend.

The image snapped in the Norwegian city of Bergen, a dog walker can be seen enjoying the sunshine.

She is ambling a path, dressed in jeans, a light jacket and a large backpack.

With her is, of course, her dog.

However, it is not attached to the traditional lead. 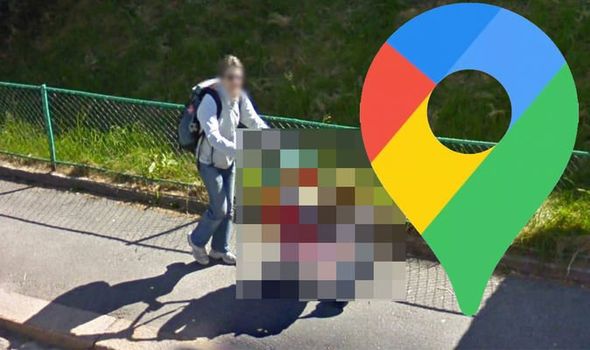 Instead, the small golden animal is enjoying the ride on four wheels.

Indeed, the dog is sat upright in what appears to be a child’s pushchair,

The brightly coloured pram is complete with a bar at the front, a hood and even a basket underneath for storage.

The dog does not look at all phased by its position.

The creature appears quite content, gazing ahead in the direction he and his owner are heading.

Perhaps this is a rather familiar scenario for the dog.

The image was shared to StreetViewFun, where the posted questioned if this was “how Norwegians walk the dog”.

In reality, there are actually a few reasons why a dog may be walked in such a way.

It could be that the dog is recovering from an operation or is unable to walk long distances. 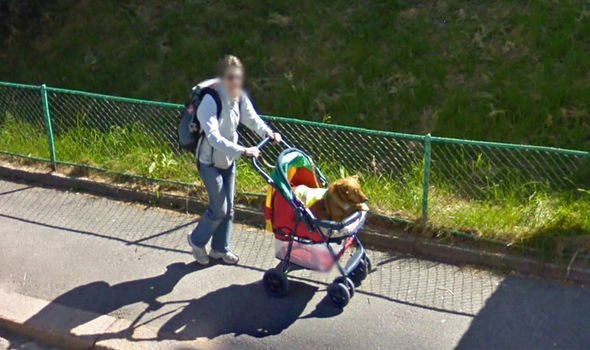 What’s more, it is even possible to buy pushchairs which are specially designed for dogs.

This is not the first time a dog has been spotted in a rather bizarre scene on Google Maps Street View.

In Germany, one dog caught viewers’ attention when its owner appeared to vanish into thin air.

At first glance, one can only see a small dog.

Though it has a lead attached, the end of it stretches upwards into vast empty space.

While it might be exciting to consider the dog is being walked by a ghost, the reality is far more logical.

When snapping the shot, the 360-degree cameras shoot multiple pictures to create a seamless image.

This is done by knitting the images together to make the scene seem realistic.

Moving objects often ruin the scene as they shift when the photos are taken.

It is likely the pace at which the dog’s owner was walking simply caused the programme to glitch.