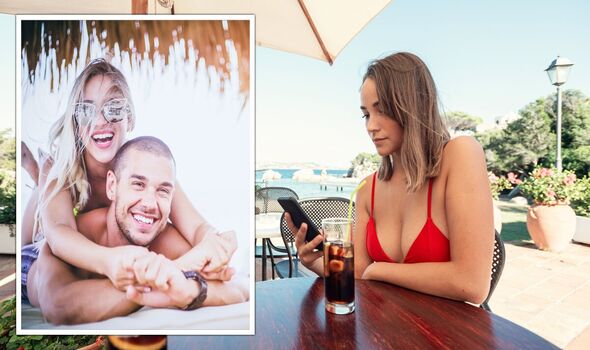 New research from Which? Travel has found that solo travellers face far higher costs than couples. The company found this was the case even if the solo tourist opted for a small room designed for just one person.

Data from ABTA suggests that as many as one in 10 British tourists holidayed alone between August 2021 and 2022.

This means that hundreds of thousands of British travellers could be paying way over the odds for a holiday.

Which? looked at package holiday offers from two top providers, Jet2holidays and Tui to find average prices for top destinations such as Spain, Greece and Turkey.

It found that the average solo traveller holidaying with Tui would pay almost half as much more than someone holidaying as part of a pair.

The single traveller would pay an average price of £1,147 compared to a per person cost of just £781 per person for a couple.

Solo tourists heading on holiday with Jet2holidays were found to be paying 36 percent more on average than a person in a pair.

The single traveller would pay an average of £1,320 for a week’s trip compared to a price of £970 per person for people in a pair.

Which? was quoted £840 per person for a week’s all-inclusive trip to Majorca in June with Tui and was even offered an upgrade to a larger apartment for the same price.

However, a solo traveller would pay £1,448 for the same package without the attractive room upgrade, a whopping 70 percent more.

Solo travellers were also worse off when it came to holiday choices with 20 percent fewer options from Jet2.

Which? was quoted £749 per person for a couple sharing a double room on the cruise, including flights.

When the company tried to book as a solo traveller, they were quoted 37 percent more, at £1,198. It said when it adjusted the booking to book a smaller, single occupancy room, the price increased by another £200.

Jo Rhodes, deputy editor of Which? Travel said: “Single supplements are a common expense faced by solo travellers, and are often used to cover the cost of one person occupying a room intended for double occupancy.

“However, our research has found solo travellers routinely paying over the odds, even for smaller, single rooms.

“With inconsistent pricing across the industry, solo travellers can very easily miss out on the best prices. If you are planning a trip, make sure to shop around and wherever possible look for companies that waive single supplements.

“Take your time to compare the total price with the per person cost offered to a couple and check the cost of both single and double rooms. A single room can often save money on hotel stays, but may be a pricier option than a double cabin on some cruises.”

– Save 51 percent- This deal is valid seven days a week until 29 December, 2022.- Two nights’ accommodation for two people in a Standard Room.- You can add breakfast for a supplement of 10€ (approximately £8) per person, per day.

A P&O Cruises spokesperson said: “We have removed single supplements on selected cruises which means that solo guests can book a spacious cabin at half the price than if there were two guests sharing. Where there is a single supplement, solo travellers will always pay a reduced price compared to if we had two guests staying in the same cabin.

“Across the P&O Cruises fleet we also offer single occupancy cabins, including a mix of inside, sea view and balcony cabins. These cabins are priced depending on demand for a particular cruise.”

A Tui spokesperson said: “At TUI, we understand the importance of offering holidays that offer fantastic value for money for all customers. The price increases referenced in the report don’t reflect the travelling habits of our customers, with most solo travellers travelling outside of peak holidays and who choose single occupancy rooms.

“We offer a large number of holidays that cater for solo travellers with hotels offering us single rooms, with associated single occupancy rates. In addition, we also offer solo traveller discounts, including those single parents travelling with children. Where hoteliers only offer double occupancy rates, unfortunately the cost will be passed on to the customer.
“We will continue to work with our hotel partners to increase our availability for single occupancy rooms to meet customer demand. Customers who are looking for a solo holiday can visit our dedicated teams in our retail stores, or call our call centre, who can provide guidance.”

A Jet2holidays spokesperson said: “We have recently been rated the top provider for solo holidays by Which? and we were recognised as a Which? Recommended Provider for solo holiday providers on the back of this. We are very proud of this recognition and do everything we can to cater for solo travellers including offering a range of adult-focused hotels, working with hotels to offer single rooms or rooms for sole use, and giving solo travellers £30 off their booking through a promotion code.

“Although many contracted hotels have single rooms or rooms for sole use, allocations do vary and can sell out quickly. The cost of the Jet2.com flight element is the same for solo travellers, however the price of the accommodation does mean there can be a difference in the overall price. We are working with hotel partners on this, and hope to announce further details in the future.”