With the phasing out of its Cruises Inc. brand, World Travel Holdings is betting big on the strength of its CruiseOne and Dream Vacations franchise division.

World Travel Holdings said last week that it would retire the Cruises Inc. brand, and the independent contractors (ICs) who have previously been hosted by Cruises Inc. would be offered the choice to open their own CruiseOne or Dream Vacations agency franchise or join an existing franchise as an IC. 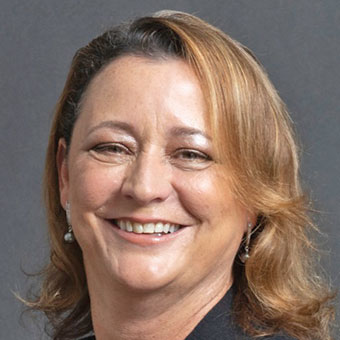 According to Debbie Fiorino, senior vice president and COO of World Travel Holdings’ owned brands, Cruises Inc.’s ICs were informed of their options at the end of September and are being asked to make their decisions by Dec. 1. The transition period is expected to be complete by mid-February.

“Change is hard, and when you initially communicate something like this, of course, there’s some anxiety,” said Fiorino. “But it quickly changed to adaptability and people saying, ‘OK, this really is something that’s going to help bring us all together.’ People are excited.”

Meanwhile, for existing CruiseOne and Dream Vacations franchise owners, the move represents a chance for them to grow their teams and recruit from a highly qualified pool of potential associates.

“It’s hard for [our franchise owners] to find really good, qualified people,” Fiorino said. “The entire industry has been hit hard by the pandemic, and this gives owners the opportunity to partner with someone who has some business and who’s an experienced travel advisor.”

She acknowledged that the company does expect there to be some level of churn. Overall, however, she remains confident that the consolidation will allow World Travel Holdings to become even more “laser-focused” in its goal of creating opportunity for those within its network.

“I always say our sole job here at headquarters is to grow travel advisors, whether they’re independent contractors or franchisees,” said Fiorino.

In order to provide support throughout the conversion process, World Travel Holdings’ headquarters team will help Cruises Inc.’s ICs transition to franchise ownership or find an existing franchise to join. The team has also put together a robust communications strategy centered on email outreach, webinars and one-on-one conversations, among other efforts.

“We created calculators to show them the economic differences between the two models and what would be best for them from an economic standpoint,” Fiorino added. “And every day, I’ve seen people posting on the CruiseOne and Dream Vacations Facebook page, saying ‘I made my decision, and I’m excited to take the plunge into owning a franchise,’ or ‘I found the franchisee that’s right for me.'”

Former Cruises Inc. ICs who opt to join an existing CruiseOne or Dream Vacations travel agency franchise will continue to maintain their IC status, while also benefiting from resources like enhanced marketing programs and technology as well as mentorship opportunities, according to World Travel Holdings.