More than 5,000 small animals have been found dead inside shipping boxes in China, in what authorities suspect was a botched pet-delivery operation.

The animal welfare group Utopia found thousands of dogs, cats, rabbits and guinea pigs inside the boxes at a shipping hub in Luohe City, in the central province of Henan, on Sept. 22.

They say the vast majority of the animals were found dead, but they did manage to save a relatively small number. The animals had been left at the shipping depot inside cardboard boxes with holes in them.

“The stinking boxes cluttered the station, and lots of animals inside had died of suffocation, starvation or thirst,” one volunteer, who identified herself only as “Dan,” told China’s state-run Global Times.

“We rescued about 50 cats and dogs as well as 200 rabbits, but it was fewer than five per cent of all animals there,” Dan added. 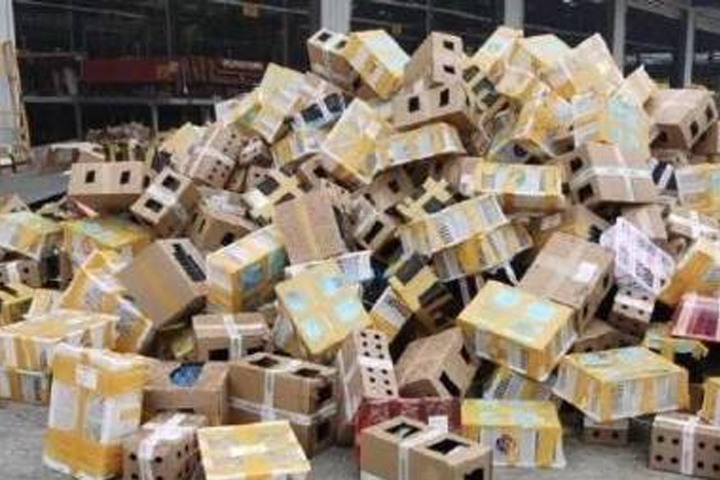 Utopia’s founder, who identified herself only as “Sister Hua,” told CBS News that the animals were found inside express boxes. The boxes were made from cardboard and had breathing holes.

Volunteers reportedly buried the dead animals in a mass grave. They say they’ll try to adopt out the survivors once the animals have been checked out by a vet.

The animals reportedly came from a pet-breeding farm and were supposed to be shipped across China. It’s unclear why they were left behind at the station, but Sister Hua suspects they’d been there for a week.

Utopia volunteers tracked a second shipment to a nearby village and saved about 1,000 animals, but another 1,000 or so were already dead, Sister Hua told CBS News.

Footage shared by an animal adoption centre on Chinese social media shows many of the animals in cages at the second site.

Yunda, the shipping company listed on the box labels, denied knowledge of the incident, according to the Global Times.

“It’s so terrifying to have those live animals transported that way, and even ending up dead,” Sister Hua said.

“Go for adoption instead of illegal buying and shipping of animals.”