At least 11 people charged for posting content critical of the government’s handling of the coronavirus outbreak. 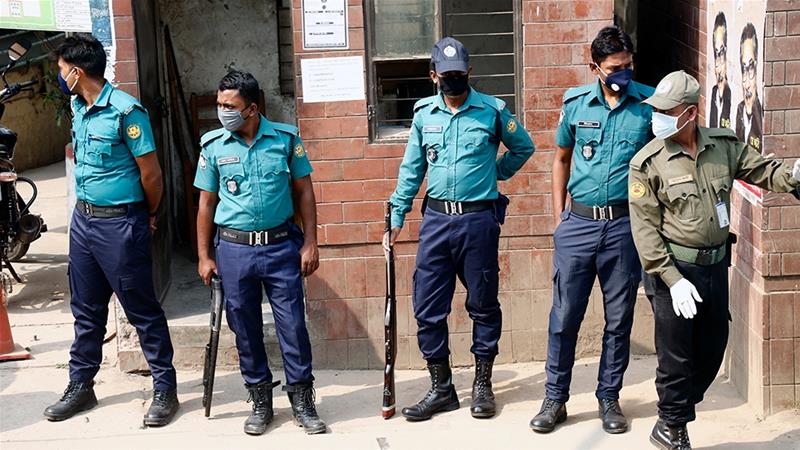 A Bangladeshi cartoonist and a writer are among 11 people to be charged for posting content on social media critical of the government’s handling of the coronavirus outbreak in the country.

Two of the 11 – cartoonist Ahmed Kabir Kishore and writer Mushtaq Ahmed – were arrested on Wednesday by the Rapid Action Battalion paramilitary forces under the Digital Security Act (DSA), which critics say is a serious threat to freedom of expression in the nation of 168 million people.

Police have arrested at least 40 people in recent weeks under the controversial law that activists say is being used to suppress criticism of the government’s handling of the contagion.

The impoverished South Asian nation has reported 11,719 virus cases and 186 deaths so far, but experts say limited testing by authorities means the true figures could be much higher.

The 11 have been charged with “spreading rumours and misinformation on Facebook about the coronavirus situation,” Dhaka Metropolitan Police Assistant Commissioner Shamim Ahmed told AFP news agency.

They are also accused of “undermining the image” of the late Sheikh Mujibur Rahman, the father of current Prime Minister Sheikh Hasina and the nation’s founding leader.

An investigation officer told the Daily Star newspaper that Kishore and Ahmed were arrested on charges of posting anti-government content on Facebook.

Prime Minister Sheikh Hasina, who enjoys an absolute majority in Parliament, has been accused of suppressing dissent and jailing opponents.

Kishore was working on a Life in the Time of Corona cartoon series that included caricatures of ruling party leaders and allegations of health sector corruption.

Ahmed has been a vocal online critic about the alleged shortage of protective gear for doctors.

The DSA passed in 2018 authorises prison sentences for up to 14 years for anyone who secretly records government officials or gathers information from a government agency using a computer or other digital device.

It also sets similar punishments for people who spread “negative propaganda” about the country’s 1971 war of independence and its founding leader Sheikh Mujib.

‘Assault to freedom of expression’

Activists and journalists fear misuse of the law.

“It is seen as an assault to freedom of expression, to the right to life and livelihood,” human rights activist Rezaur Rahman Lenin told AFP after the latest charges.

“The government should instead nurture a free press … which can greatly help in curbing the pandemic.”

The government on Monday extended its nationwide lockdown to May 16, but has allowed factories and some shops to reopen to kickstart the economy.

“There are deaths. We are sorry for that. But the number of deaths is still low compared to other nations,” Health Minister Zahid Maleque said on Tuesday as he acknowledged that the reopenings could drive up infections.

Bangladesh has also lifted restrictions on people congregating in mosques for prayers from Thursday.

Places of worship are to provide hand sanitiser and devotees should wear face masks and use their own prayer mats, the religious affairs ministry said on Wednesday. 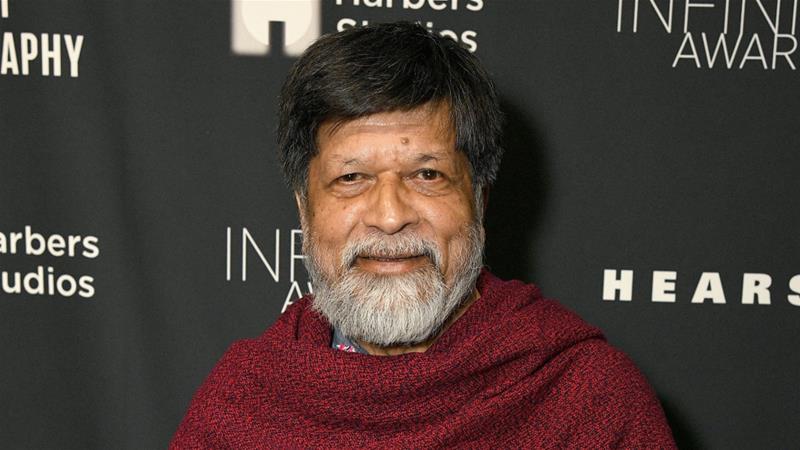 Shahidul Alam: Bangladesh is ‘an autocracy by any means’