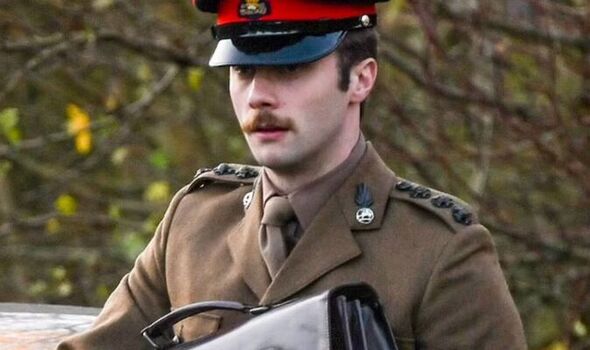 A British Army captain has been rebuked by his superiors for breaking curfew to get pizza and returning to camp 24 minutes late while on the NATO frontline near the Russian border. The Commanding Officer for the camp, Lieutenant Colonel Rupert Streatfield, had enforced a strict 9pm curfew after being angered by the late night antics of troops at the start of the war in March.

Captain James Shearer, the man in question, told the court he didn’t know the curfew time – which changed to 9pm from 10:30pm in May – had shifted, as he had been on an armoured vehicle course that week.

The 31-year-old Scottish intelligence officer was fined three days’ pay after being charged at a summary hearing by Lt Col Streatfield.

However, Cpt Shearer, of the 1st Battalion The Royal Welsh, appealed this decision.

The judge and board members took 20 minutes to uphold the commanding officer’s decision that he broke the rules by missing curfew.

Captain Shearer told the court he did not wish to contest the fine.

Earlier this year, Captain Shearer’s Royal Welsh Battalion took over as the lead unit of the NATO enhanced Forward Presence Battlegroup in Estonia.

The aim of the operation is to strengthen European security in the face of Russia’s invasion of Ukraine.

Representing the Crown, Lieutenant Commander Edward Hannah said: “On 7 May [Cpt Shearer] was deployed at camp Tapa in Estonia on operation Cabrit.

“He knew there was a curfew in place which required him to return to camp by a stipulated time.

“Battle group part one orders were placed in guardrooms, HQ and other buildings.

“[The Army] lays its case on the 21:00 curfew being an order he breached and may have been expected to know.”

Giving evidence, acting Major Matthew Ixer told the court Cpt Shearer, like everyone else, had “easy access” to the orders online.

Maj Ixer, said the orders had been sent around the camp: “They are published on the [online] share point, which all have very easy access to.

“They are also printed and published throughout camp.”

Maj Ixer told the court there was a meeting earlier that week where Lieutenant Colonel Rupert Streatfeild had been “irate” and made the curfew earlier – with Cpt Shearer “certainly” having been present.