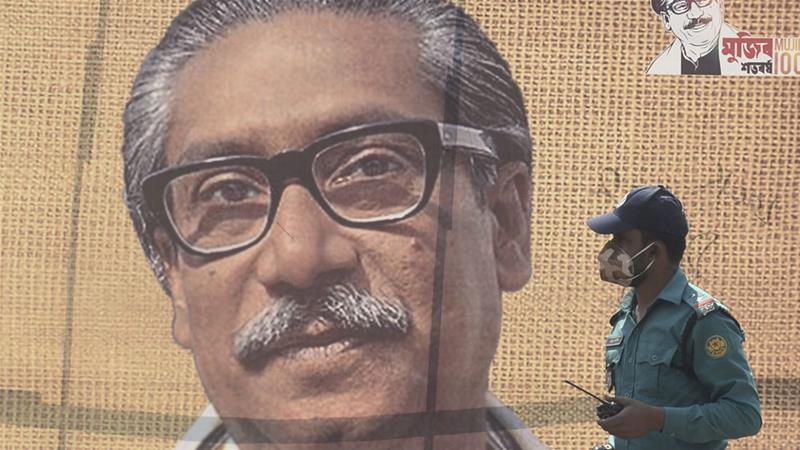 Dhaka, Bangladesh – Shortly after the first coronavirus cases were detected in Bangladesh, authorities in the Muslim-majority South Asian nation postponed a major event to mark the birth centenary of its founder.

India’s Prime Minister Narendra Modi was invited as the chief guest at the inaugural session of the 100th birth anniversary of Sheikh Mujibur Rahman in capital Dhaka on March 17.

Popularly known as “Bangabandhu” (Friend of Bengal), a title he was given in 1969, Rahman is considered the founding father of Bangladesh, which broke from Pakistan as an independent country in 1971.

Dhaka on Sunday postponed the event and decided to scale down the many “Mujib Barsha” (Year of Mujib) celebrations his daughter and current Prime Minister Sheikh Hasina had planned to mark the centenary.

The decision came after three cases of coronavirus were detected on the same day in the country, home to some 160 million people.

Officials also decided to cancel any event that included a mass gathering to prevent the spread of the disease.

“I can just say that the inaugural session has been postponed at which many foreign guests, including Narendra Modi, were invited. We will hold many small-scale functions throughout the year since March 17, 2020, to March 26, 2021, is Mujib year,” said Kamal Abdul Naser Chowdhury, chief coordinator of the birth centenary celebration national implementation committee, at a news briefing on Sunday.

“After the detection of coronavirus cases for the first time in the country, the government has decided to avoid any huge public gatherings,” added Chowdhury.

An official source in Bangladesh’s foreign ministry also confirmed to Al Jazeera on Monday that Modi will not be visiting Dhaka. 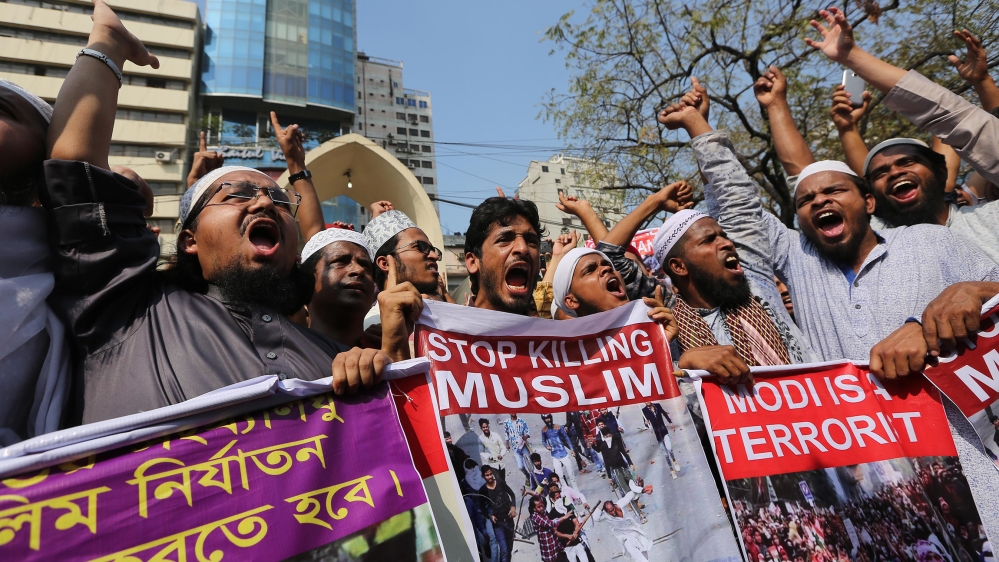 Meanwhile, Bangladesh witnessed several protests against Modi’s visit over a controversial Citizenship Amendment Act (CAA) passed by India in December, which fast-tracks Indian citizenship for non-Muslim minorities from three countries in the region, including Bangladesh.

Critics say CAA violates India’s secular constitution, while a number of Muslim groups, opposition parties and activists have challenged the legislation in the Supreme Court.

Coupled with a National Population Register (NPR) which experts say will generate data for a proposed National Register of Citizens (NRC), India’s Muslims, who constitute nearly 15 percent of its 1.3 billion population, fear the moves are aimed at marginalising them.

Nearly a hundred people have been killed across India since December over the law, including 53 deaths in recent communal violence in New Delhi, the worst in the national capital in decades.

For the past few weeks, political parties, as well as a number of student groups, had been protesting against the invitation extended to India’s Hindu nationalist leader for Rahman’s birth anniversary event.

For two consecutive Fridays, opposition parties held protest rallies in Dhaka and other cities such as Netrokona and Nilphamari, which were attended by thousands of people.

They chanted “We don’t want Modi here”, “Modi, go back” and “Modi a communal rioter” slogans and burned effigies of the Indian leader in many places. 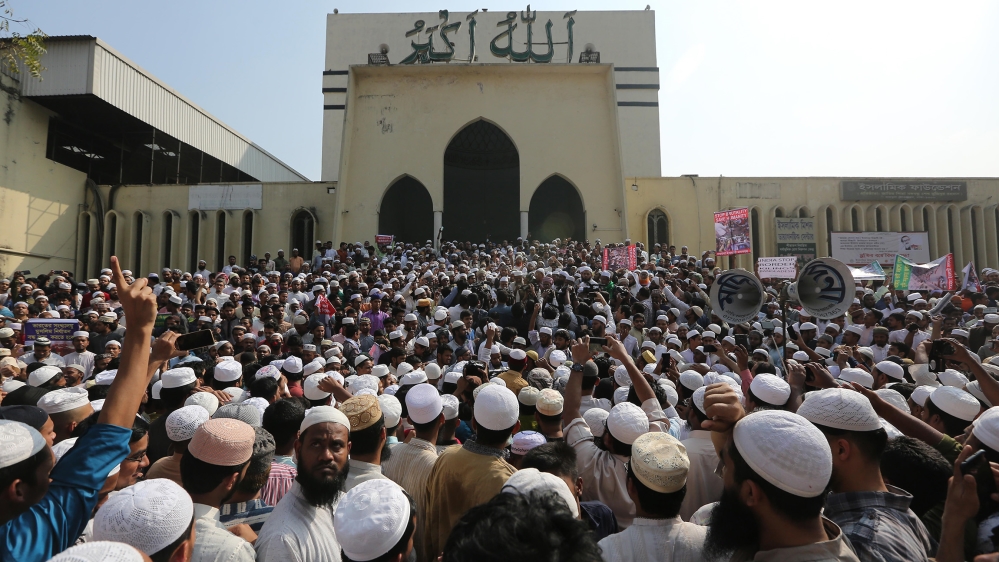 Ali Riaz, distinguished professor of government and politics at the Illinois State University in the United States, told Al Jazeera the concerns in Bangladesh about Modi’s visit were twofold.

He warned that the CAA and NRC could inflame violence in the South Asian region.

“NRC and CAA have implications for neighbouring states, particularly Bangladesh, because it is alleged by the BJP leaders that a large number of those who will be disenfranchised through these processes are Bangladeshis,” he said, referring to Modi’s right-wing Bharatiya Janata Party.

Riaz said Bangladeshis are concerned because of the “everyday belligerent rhetoric” of the BJP, whose former chief and now India’s Home Minister Amit Shah once called Bangladeshi migrants to India “termites”.

“Such rhetorics have implications as the Delhi violence has demonstrated,” said Riaz.

The second aspect, according to Riaz, was that protests in Bangladesh against Modi were an expression of deep resentment about India’s policy towards Dhaka.

“The unequal relationship between these two countries, from economic to political, is fuelling the protests,” he said, citing border killings, water-sharing agreement and trade imbalance as examples.

Other analysts termed the cancellation of Modi’s visit a “blessing in disguise”, arguing that it could have put the Bangladeshi government in an “unwanted situation”.

Imtiaz Ahmed, professor of international relations at Dhaka University, told Al Jazeera that while an Indian leader was a “natural choice” for Rahman’s birth centenary celebrations, the invite was also a “debacle”.

“India helped Bangladesh achieve its independence in 1971 in every possible way. So, it was quite natural that the Indian prime minister would be invited in such an event,” he said.

“But at the same time, it was a sort of debacle to invite Modi in the celebration of Bangabandhu’s birth centenary as Rahman was an icon of secular politics whereas Modi is anything but that.”

Ahmed said it was hard for Bangladesh to “justify Modi’s visit” after the “entirely unnatural and terrifying spate” of communal violence in Delhi in which Muslims were “targeted and suffered disproportionately”.

For Riaz, the anger directed at Modi in Bangladesh had a critical domestic dimension, too.

“The role of India in supporting the ruling Awami League has ignited anger among a lot of Bangladeshis, who attribute the absence of democracy in Bangladesh to India’s unqualified support to the ruling party and its political dependence on the Indian support.”