COVID-19 kills 3.4 percent of cases, a figure far above the seasonal flu’s fatality rate of below 1 percent, says WHO. 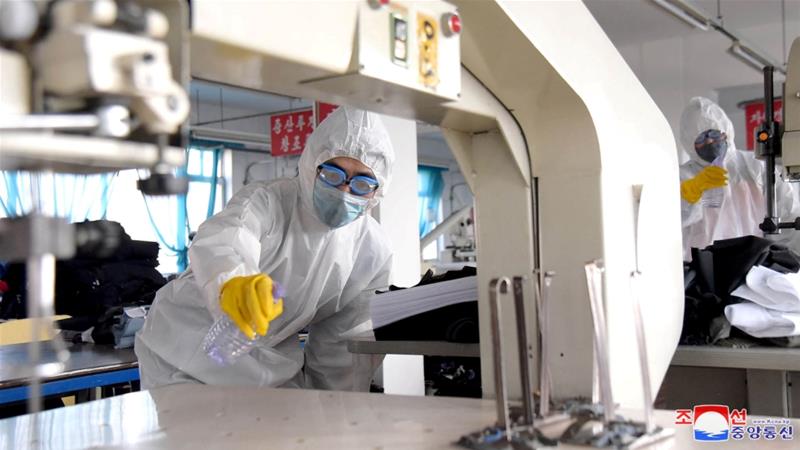 COVID-19, the disease caused by the new coronavirus, has killed about 3.4 percent of confirmed cases, globally, according to the World Health Organization (WHO) – a figure higher than previous estimates and far above the seasonal flu’s fatality rate of less than 1 percent.

However, the global spread of the new type of virus can still be controlled, WHO Director-General Tedros Adhanom Ghebreyesus said on Tuesday, urging countries to step up containment efforts and measures to protect front-line doctors and nurses.

“Globally, about 3.4 percent of COVID-19 cases have died. By comparison, seasonal flu generally kills far fewer than 1 percent of those infected,” he told reporters in Geneva, outlining the main differences between the two respiratory illnesses.

“To summarise, COVID-19 spreads less efficiently than flu. Transmission does not appear to be driven by people who are not sick, and it causes more severe illness than flu. There are not yet any vaccines or therapeutics, and it can be contained, which is why we must do everything we can to contain it.”

Tedros warned, however,  that a global shortage and price gouging for protective equipment was compromising countries’ abilities to respond to the epidemic, and called on companies and governments to increase production by 40 percent.

Symptoms of COVID-19 can include fever, runny nose, cough and breathing trouble. Most people develop only mild disease and many have recovered. But some, usually those with other medical complications, develop more severe symptoms, including pneumonia, which can be fatal.

The fatality rate may be much lower if there are thousands of unreported mild cases of the disease. However, experts warn that those people are less likely to seek diagnosis and care, but are still considered infectious and able to transmit the disease person to person.

Worldwide, more than 93,000 people have been infected and at least 3,100 have died, the vast majority of them in China, where the coronavirus originated in late December. However, the virus appears now to be spreading much more rapidly outside the Asian country.

The number of countries hit by the virus has exceeded 70, with Indonesia, Ukraine, Argentina, Chile and Morocco reporting their first cases.

Deaths in Italy surged to 79, making it the deadliest reported outbreak outside China. Twenty-three members of Iran’s parliament and the head of the country’s emergency services were reported infected.

In Spain’s Basque region, at least five doctors and nurses were infected and nearly 100 healthcare workers were being held in isolation.

The growing outbreaks contrasted with optimism in China, where thousands of recovered patients were going home and the number of new infections has been dropping. The count of new cases dropped to a new low on Wednesday, with just 119 reported. However, China is still by far the hardest-hit country, with more than 80,000 infections and about 95 percent of the world’s deaths.

“We scrutinised this data and we believe this decline is real,” said WHO outbreak expert Maria Van Kerkhove, who travelled to China as part of a team from the UN agency. She said the extraordinary measures taken there, including the lockdown of more than 60 million people, had a significant effect on the direction of the outbreak.

“We believe that a reduction of cases in other countries, including Italy, Korea, Iran, everywhere, that this is possible,” she said.

WHO officials, meanwhile, expressed concerns about the situation in Iran, which has reported more than 2,300 cases and 77 deaths, saying doctors lacked respirators and ventilators needed for patients with severe cases.

Michael Ryan, executive director of WHO’s Health Emergencies Programme, said the need in Iran was “more acute” than other countries.

He also urged countries to implement a “comprehensive public health strategy” to contain the virus.

Imposing travel restrictions and screening travellers should be part of the strategy, but are not enough,” he said. “Countries that have relied purely on travel restrictions as the only public health intervention have not done so well, because when they have imported cases they subsequently have been caught off guard,” he said.

Authorities should focus on containment measures “but also be ready for community transmission and be able to mitigate”.