Air pollution appears to have decreased in urban areas across the world as cities continue to be locked down to prevent the spread of coronavirus.

In Europe, cities including Brussels, Paris, Madrid, Milan and Frankfurt showed a reduction in average levels of noxious nitrogen dioxide from 5 to 25 March, compared with the same period last year, according to new satellite images.

The images, released by the European Space Agency, show the changing density of nitrogen dioxide, a harmful gas emitted when fossil fuels are burnt at high temperatures, most commonly at power plants and in motor vehicles. 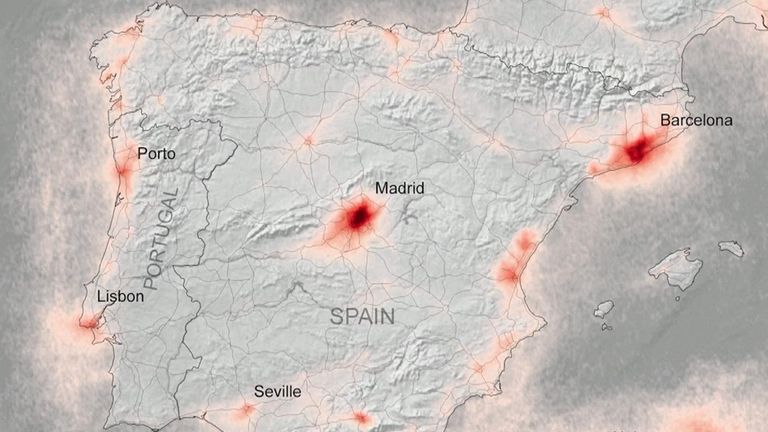 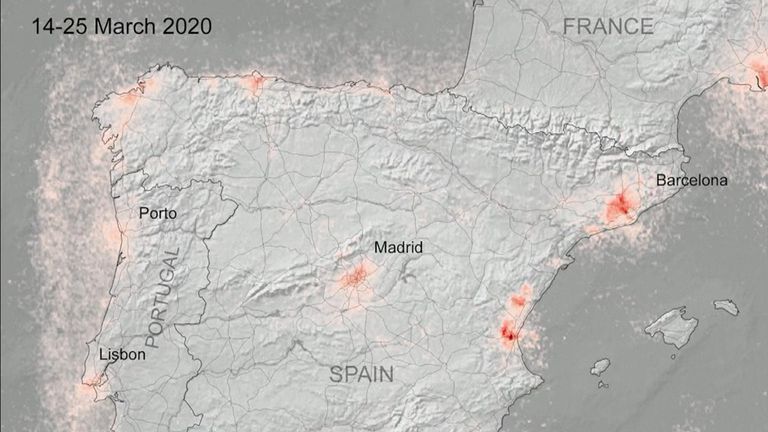 Daily weather events can influence atmospheric pollution, so the satellite pictures took a 20-day average and excluded readings where cloud cover reduced the quality of the data.

However, some scientists have urged caution, with specialists from Lombardy’s Regional Environmental Protection Agency (ARPA) saying it is too soon to draw conclusions from air quality data. 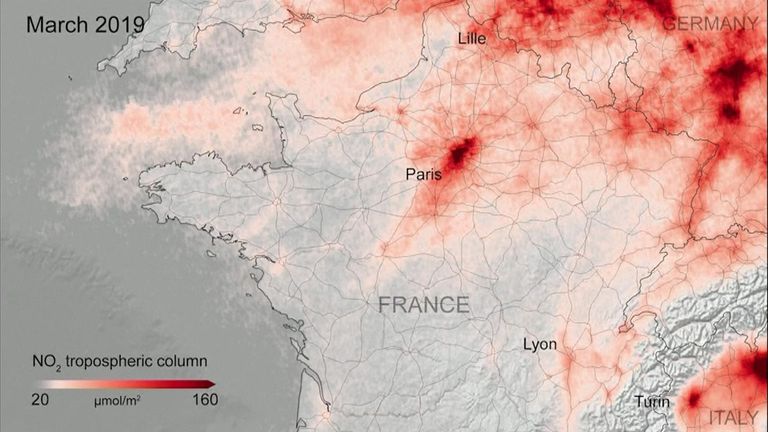 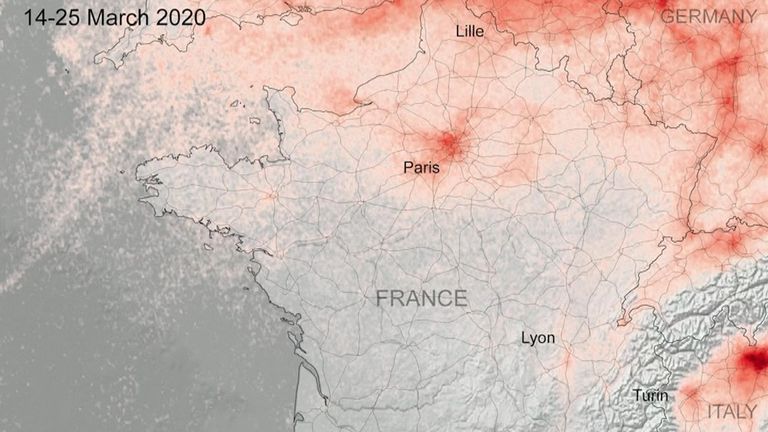 Pollution over parts of Italy also dramatically fell as the entire country was placed in lockdown.

However, in some regions of Poland nitrogen dioxide levels remained relatively high during the period despite its lockdown, perhaps due to the prevalence of coal-based heating.

Experts at Copernicus have warned that until a complete lockdown is imposed, emissions from some sectors may increase.

China – the world’s biggest polluter – recorded a drop in nitrogen dioxide pollution in cities during February, when the government imposed draconian lockdown measures to contain the virus.

The country’s ministry of ecology and environment said the average number of “good quality air days” increased by 21.5% in February when compared to the same period last year.

According to Nasa, nitrogen dioxide levels have dropped by between 10-30% across eastern and central China. 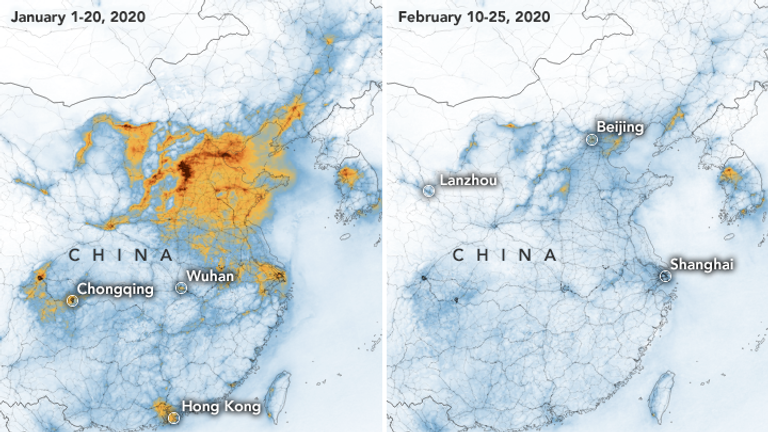 Drops in pollution levels were particularly prominent in the city of Wuhan, the original epicentre of the COVID-19 outbreak.

Meanwhile, CO2 emissions in China were down by at least 30% between 3 February and 1 March, according to the Center for Research on Energy and Clean Air (CREA).

CREA estimates this is equivalent to 200 million tons of carbon dioxide.

In Hong Kong, key air pollutants dropped by nearly a third from January to February, according to data from Hong Kong University School of Public Health.

South Korea also appears to have seen a drop in nitrogen dioxide levels, despite avoiding putting entire regions under lockdown.

However, it has taken an aggressive approach to tracing and isolating suspected cases.