With hundreds of detainees lodged in prisons outside the disputed region amid a pandemic, their families want them home. 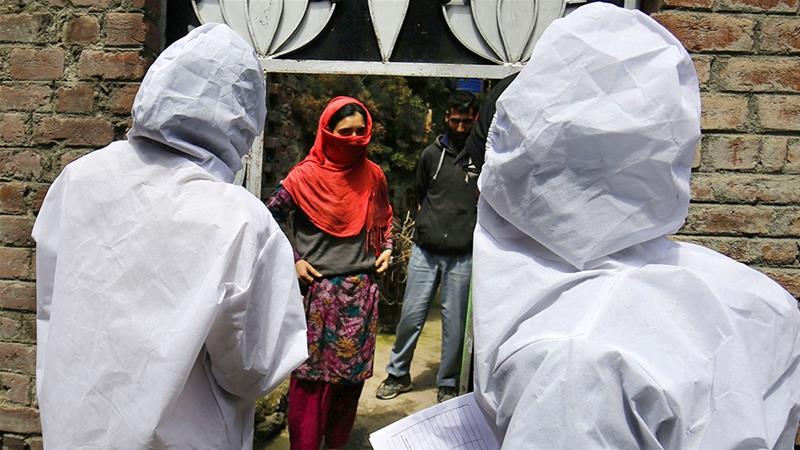 But she remains troubled and restless about her husband, Shabir Ahmad Shah, 65, a senior separatist leader, who is lodged in New Delhi’s Tihar Jail hundreds of miles away for the last three years.

Shah was arrested on July 25, 2017, for money laundering allegedly committed in 2005. He claims he was falsely implicated, but was denied bail by a court in New Delhi.

“It is his 33rd year overall in imprisonment,” said Shah’s wife. “In the earlier times, we never begged the government to release him. But this time, there is a pandemic and it has no borders.”

Bilquees said she remains worried about the condition inside jails. “They do not get proper food, there is no hygiene,” she told Al Jazeera.

Hundreds of Kashmiris – including politicians, lawyers and activists – were detained when the Indian government revoked Jammu and Kashmir state’s special status in August last year and moved to jails outside the disputed region.

Most of the detainees have been booked under the stringent Public Safety Act (PSA) – a law termed “lawless” by the Amnesty International rights group – for allowing detention without trial for a year.

Many of those detained under the PSA have been moved to New Delhi’s Tihar Jail and a jail in Agra city in the northern state of Uttar Pradesh.

According to the official data, Tihar jail has an inmate population of 17,534 while its capacity is 10,026.

The National Crime Records Bureau data on Indian prisons last year revealed that Uttar Pradesh had the most overcrowded jails despite having the highest capacity to accommodate prisoners among all states in the country.

An official in Kashmir, on condition of anonymity, told Al Jazeera, that nearly 220 people detained during the August 5 lockdown are languishing in jails outside the Kashmir region.

“Most of the Kashmiris in Tihar Jail are diabetic like my husband or have other ailments. One Kashmiri detainee has brain tumour. They should be released this time or shifted to Kashmir on humanitarian grounds,” said Shah’s wife.

Like Bilquees, Zamruda Mushtaq is worried about her 22-year-old son Asif Khushoo who is in detention for the last eight months for “being a threat to public order” and “involvement in violent protests”.

Mushtaq last saw him five months ago in the Agra jail. Since then, she has been waiting to know about his welfare amid mounting concerns that the spread of COVID-19 in cramped prisons could be a humanitarian disaster.

“When we watch the news and see how fast the disease is spreading, we cry day and night for our son,” said Mushtaq.

Mian Abdul Qayoom, 76, is one of the top lawyers and anti-India voices in Kashmir, who remains without trial in Tihar Jail, where he was shifted from Agra two months ago.

Qayoom heads the Jammu and Kashmir High Court Bar Association and has often backed shutdowns and protests called by the region’s anti-India politicians, for which he was detained several times.

Mian Muzaffar, Qayoom’s nephew, told Al Jazeera they have not received a word from him in a month due to a complete lockdown imposed across India to combat the COVID-19 spread. 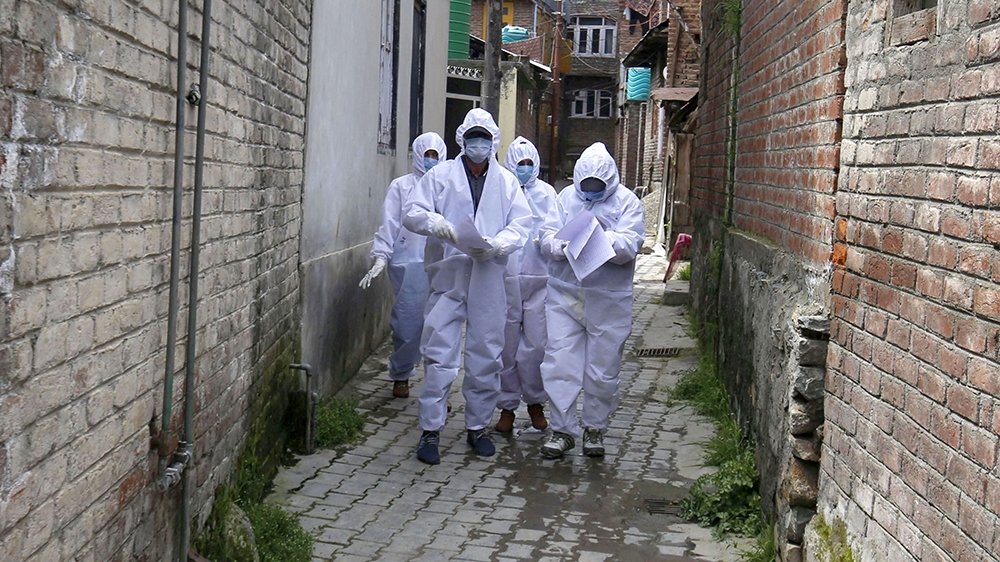 While the families of Kashmiris imprisoned without trial in jails in faraway cities were struggling to secure their release, the world was hit by the coronavirus pandemic.

A nationwide lockdown – now extended to May 3 – to prevent the disease has also shut the Indian courts, where the cases of the detained Kashmiris were being heard.

The curbs on road, rail or air travel effectively isolated the detainees from their families.

In response to the Supreme Court’s order on March 23 to decongest jails across the country amid the pandemic, the Jammu and Kashmir administration formed a committee which decided to release convicted prisoners and undertrials “on the basis of the nature of offence, the number of years [served in jail] and severity of offence”.

VK Singh, director general of prisons in Jammu and Kashmir and member of the committee, told Al Jazeera 50 prisoners have been released, but the committee did not have the mandate to decide on PSA cases outside the region.

“Cases from outside Jammu and Kashmir are handled by principal secretary (home) because they are Public Safety Act cases. The committee is not dealing with PSA cases,” he said.

However, a senior government official on condition of anonymity told Al Jazeera that authorities in the region are set to order the release of nearly 40 people detained under the PSA outside Kashmir.

Elena Leclerc, the Health in Detention programme coordinator for the International Committee of the Red Cross (ICRC), said the outbreak of the disease in prisons can prove devastating for prisoners.

“An outbreak of COVID-19 in a prison could be devastating to the population there, especially an overcrowded prison where general health is already low,” she said in an interview published on the ICRC website.

“Due to the lockdown their families are unable to visit them and know nothing about their wellbeing,” he said.

Amnesty also urged the Indian government to release Kashmiri detainees, saying that “building trust” with the people is “essential in fighting an unprecedented pandemic”.