Foreigners will be banned from entering and Czechs will be prevented from leaving. 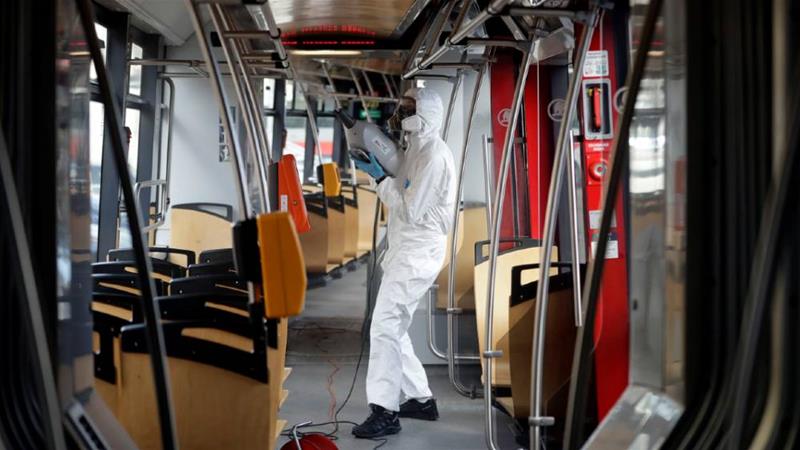 The Czech government has said it would ban all foreign travellers from entering – and all Czechs from leaving – the country, as of March 16, in a bid to stem the coronavirus spread.

“As of midnight Sunday-Monday, we ban all foreigners from entering the Czech Republic and, at the same time, all Czech citizens from leaving the Czech territory,” Interior Minister Jan Hamacek told reporters on Friday.

“It’s a very tough measure but we think it may fundamentally contribute to stemming the spread of the coronavirus.”

The measure does not concern foreigners with permanent residence or a residency permit for more than 90 days in the European Union member state, which has 117 confirmed cases of the virus and no deaths.

The government also ordered a mandatory two-week quarantine for people coming to the Czech Republic from 15 “risk countries” as of Friday at noon, with the exception of transit travellers.

The government has also designated the act of spreading coronavirus as a crime, Prime Minister Andrej Babis said.

On Thursday, the Czech government declared a 30-day state of emergency.

It has also closed schools across the country, as well as theatres, cinemas, galleries and museums and banned gatherings of more than 30 people with the exception of funerals.

Restaurants will be forced to shutter from 19:00 GMT to 05:00 GMT and all gyms, swimming pools, clubs and libraries will also be closed to the public.