Britain said on Thursday it was imposing sanctions on 11 individuals, including security figures and officials from Russia, Venezuela, Pakistan and Gambia, in a coordinated move with the United States on human rights violations. A ministry statement said: “Undoubtedly, this politically-charged demarche will have a negative impact on Russian-British interstate relations.” The spokesman stressed Russia “reserves the right to take appropriate countermeasures.”

In Russia, the UK is imposing sanctions, including travel bans and asset freezes, against three individuals and the Terek Special Rapid Response Unit responsible for torture and other human rights violations against LGBT people in Chechnya.

Foreign Secretary Dominic Raab said: “Today’s sanctions send a clear message to human rights violators that the UK will hold them to account.

“The UK and our allies are shining a light on the severe and systematic human rights violations perpetrated by those sanctioned today. Global Britain will stand up for democracy, human rights and the rule of law as a force for good in the world.” 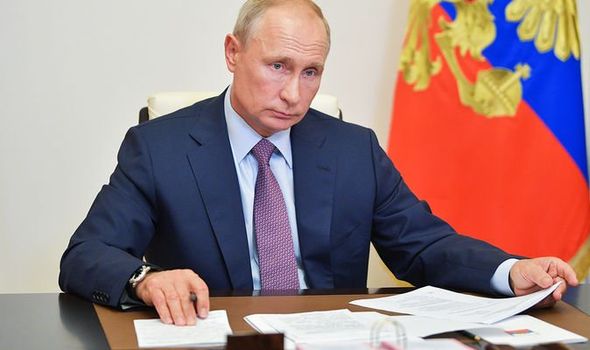 Specifically the sanctions apply to:

All three men are accused of a wide range of huiman rights abuses.

A report published by Human Rights Watch in 2017 accused Chechnya’s law enforcement and security officials of launching an “anti-gay purge”, adding: “Daudov seems to have played a key role in both securing and giving approval from the Chechen leadership to set in motion the purge.

“Most of the former detainees interviewed by Human Rights Watch reported hearing the police who held and abused them refer to Daudov and to orders he allegedly issued about violence against gay men.

Relations between the UK and Russia have been increasingly strained in recent years, especially since the assassination attempt on former Russia double agent Sergei Skripal and his daughter Yulia in Salisbury.

The attempt to kill the pair using the nerve agent novichok, which was widely blamed on Russian GRU agents, prompted the UK to expel UK based diplomats, while the European Union took separate measures.

In October, the UK also confirmed it was imposing sanctions against six individuals in relation to the poisoning of Russian opposition leader Alexey Navalny.