Italy’s right-wing coalition, led by Giorgia Meloni’s Brothers of Italy party, are on course to win a majority in the country’s Parliament, exit polls suggest. The expected result comes after the European Commission President Ursula von der Leyen issued a veiled warning when she threatened to take action if events go in a “difficult direction”.

According to an exit poll conducted by Techne for Mediaset, the right-wing coalition looks set to have control of both the Senate and the Chamber of Deputies.

The Democratic Party is forecast to finish in second place with 19.4 percent and has already conceded defeat to Ms Meloni.

Turnout amongst the Italian population was fairly low at just 63.82 percent, almost 10 points down since the last election in 2018. 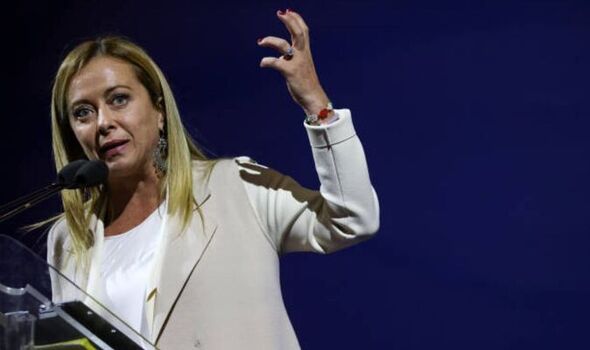 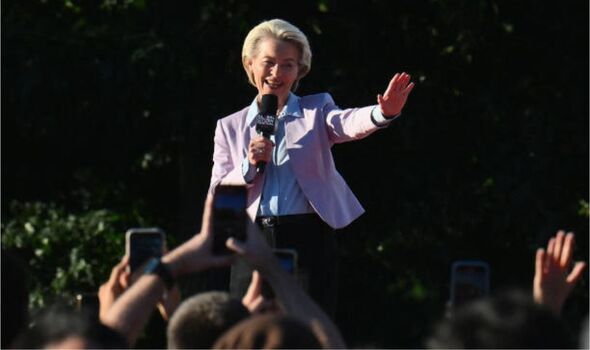 On Thursday, Ms Von der Leyen attended a conference at Princeton University, during which an attendant claimed “figures close to Putin” were contesting the election.

The European Commission President responded: “If things go in a difficult direction — and I’ve spoken about Hungary and Poland — we have the tools.”

Her comments were met with uproar from Italian politicians who were outraged at her intervention.

According to a report in POLITICO, the European Commission is able to “cut funds allocated to member countries when they are deemed to be violating the rule of law”. 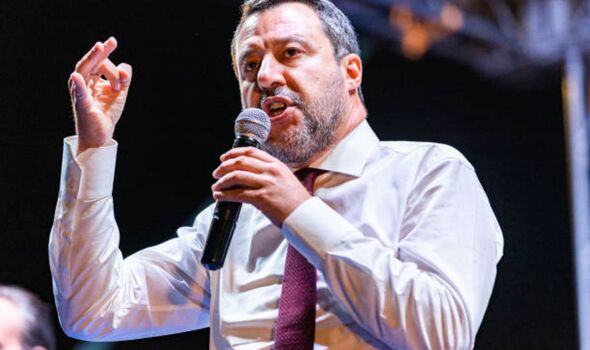 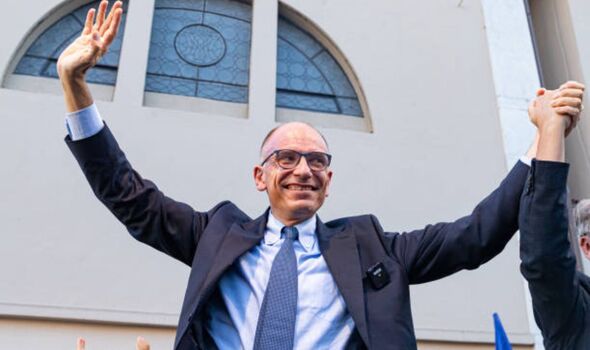 Matteo Salvini, leader of the right-wing League party, tweeted: “What is this, a threat? This is shameful arrogance.

“[Ms von der Leyen should] respect the free, democratic and sovereign vote of the Italian people.”

He also said on Italian TV that “if anyone in Brussels thinks of cutting the funds that belong to Italy, because the League wins the elections, then we have to rethink this Europe.

“This is institutional bullying.” 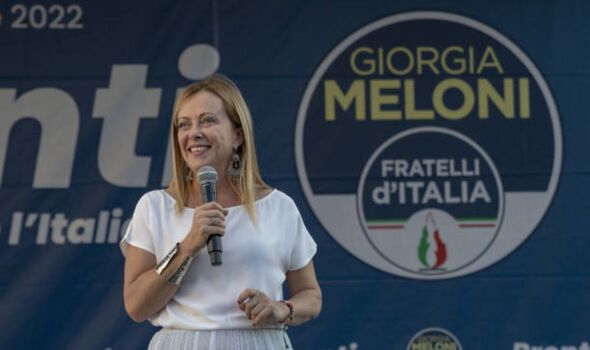 Italy receives the most help from the Next Generation EU fund, a package of loans and grants designed to boost economic growth after the COVID-19 pandemic.

The leader of the liberal Italia Viva party Matteo Renzi asked Ms von der Leyen “not to enter into Italian affairs in the slightest”.

However, Enrico Letta, leader of the centre-left Democratic Party, assured voters that “there is no blackmail from the EU”.