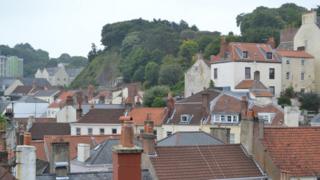 Regulation of Guernsey’s housing rental market is set to be introduced for the first time, after the States approved a policy letter.

The proposed General Housing Law would establish a health and safety rating system for rented properties, based on fitness for human occupation criteria.

Among these are repair, stability, freedom from damp and water supply.

It would also introduce a licensing regime, registration system and a deposit protection scheme.

The policy letter from the Committee for Environment and Infrastructure (E&I) will now be drafted into legislation for approval.

Currently there is no specific housing legislation, although some environmental, fire and gas safety laws do exist.

However, these were described as “insufficient and unsuitable” in a 2018 review of housing law.

The letter outlines a Housing Health and Safety Rating System against “basic standards for rental dwellings”, including:

President of E&I Barry Brehaut argued the change was to protect “vulnerable people”.

He told the story of six Latvian workers sleeping in bunk beds, whose shower was visible from their kitchen.

Deputy Brehaut said: “Young women who had come over to serve this community, to contribute and there was no protection for them.”

The regulations will establish a licensing system for Houses of Multiple Occupation, a property with more than one set of tenants.

There will also be a registration system for rental properties and a deposit protection scheme established.

An amendment preventing landlords from discriminating against people with children was also approved.