DUBLIN (Reuters) – Ireland advised its citizens on Friday to exercise a high degree of caution before deciding to travel to the rest of the European Union due to the spread of the coronavirus and restrictions other members states had put in place. 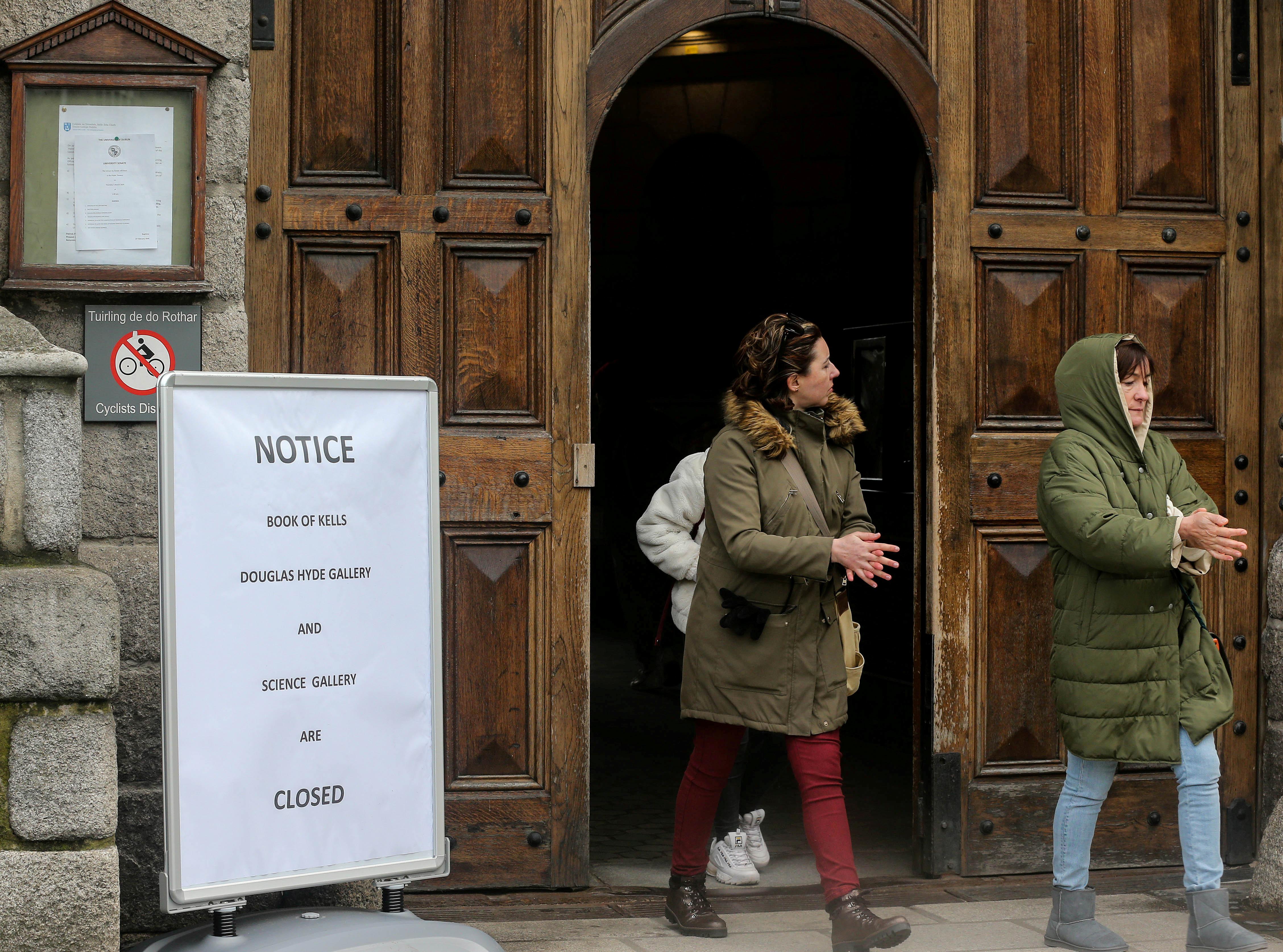 Ireland shut schools, universities and childcare facilities until at least March 29 on Friday and restricted mass gathering to slow the spread of the virus. The number of confirmed cases rose to 90 from 70 on Thursday.

Ireland had previously only urged against all travel to Italy and advised avoiding non-essential travel to China, Iran and Spain. The World Health Organization said on Friday that Europe had become the epicenter of the pandemic.

“In light of rapidly changing conditions and restrictions across a number of EU countries, my department is now advising people to exercise ‘a high degree of caution’ before deciding to travel to other EU States,” Foreign Minister Simon Coveney said on Twitter.

Coveney said in a separate tweet that the updated advice does not apply to neighboring Britain, a former EU member. Ireland shares an open border with the smaller British-run region of Northern Ireland, which has so far reported 29 cases.

The Health Service Executive (HSE) had received “significant offers” from the hotel sector, Paul Reid told a news conference, adding that he did not envisage having to go to such lengths to boost its capacity.

The hospitality sector is operating below capacity since the collapse of travel as a result of the global pandemic.

The kissing of the County Cork’s Blarney Stone, one of Ireland’s oldest tourist traditions, was also suspended for the first time in its more than 200-year history on Friday due to the outbreak, the owners of Blarney Castle said in a statement.

On Monday, Ireland canceled all St. Patrick’s Day parades which draw hundreds of thousands of revelers each March.

The new curbs in Ireland sent shoppers rushing to supermarkets for the second straight day despite government pleas not to panic buy and left large parts of Dublin deserted. Daily trips on public transport across the country were down 15-20% in recent days, the National Transport Authority said.