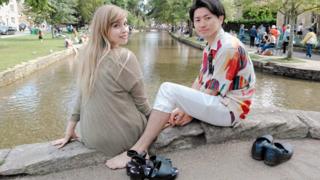 Holly Eason and her fiance Masakazu Yamamoto have been planning their April wedding in their hometown of Tokyo for ages but now, thanks to coronavirus, they’ve had to cancel everything.

Ms Eason, a teacher, couldn’t risk her guests being exposed to infection.

She said: “I couldn’t forgive myself if our celebration became the cause of a serious health condition. I’m also worried that my dad and my brother wouldn’t be allowed to enter Japan. We just don’t know what the situation will be at the time and I wouldn’t want to go ahead without them being here.”

She feels frustrated – but says safety is the priority.

The coronavirus only emerged in December but is now a pandemic, with countries implementing lockdowns and travel restrictions.

On the day the couple finally decided to cancel, their wedding invitations turned up at the home of Ms Eason’s father, Mike, at his home in Market Harborough, Leicestershire, in the UK.

He said: “It hit home the effort she had put into organise the day but as I am over 60, she was very worried about putting me and the others at risk. 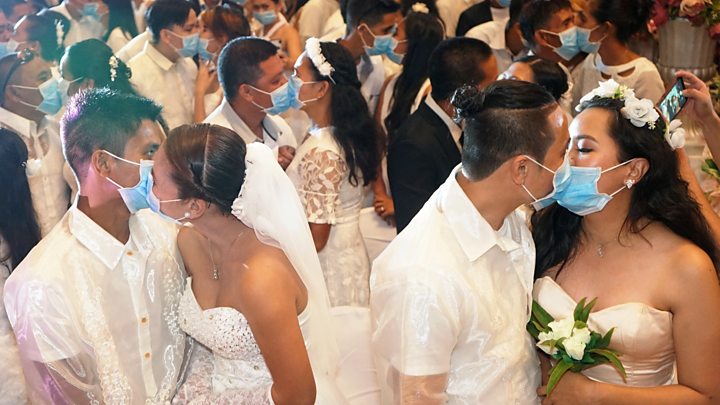 “My daughter has arranged the wedding day herself, when most have their mum to help with organising advice. Holly’s mum died five years ago and unfortunately, I cannot offer much help from the UK.”

He said the family was now facing difficulty trying to get refunds.

“We cannot get our money back for the flights and hotel, so stand to write off approximately £5,000. I have tried to claim back through my credit card but despite being on hold for nearly 90 minutes (as everyone else is trying to get through too) they say there is nothing they can do.”

The family hopes to reschedule the wedding at a later date, ideally during blossom season again.

For Saavan Nathwani and Risha Modi, their dream wedding in Italy was supposed to be the happiest moment of their lives.

But Ms Modi, who is from Harrow, London, said: “In a matter of one week, our world was turned upside down, when the outbreak in Italy was announced.

“We were due to marry in Tuscany in about a month’s time but now we’re in a bit of a limbo and have no idea whether it’s going to go ahead or if we should postpone or cancel.

“We had been planning for this wedding for nearly six months. We both work full-time and even though it has been a stressful and bumpy road, the only thing that kept us going was knowing we would marry one another.”

She said they had more than 150 guests from coming all over the world including babies, grandparents and elderly relatives but many were now too scared to travel.

With the response to the virus in the UK also changing rapidly, they also were concerned that it might be better to postpone if Britain eventually enters lockdown.

Lauren Maitland and her fiance, Charlotte Armitage, have their fingers crossed their marriage will go ahead at The Whitby Abbey in Yorkshire in May.

But Ms Maitland said: “My mum has recently had a surgical procedure carried out on her heart and is recovering, while my granddad is 90 years old. Charlotte worries about her own parents daily too.

“Beyond that, we’re nervous of large public gatherings being cancelled which would mean our ceremony couldn’t go ahead, or indeed so many people having to self-quarantine meaning that the reception at Whitby Pavilion can’t go ahead.

“We also have friends and family travelling from Australia, New Zealand, Switzerland, Germany and the USA. We’re very nervous they won’t be able to travel.”

They have taken out wedding insurance and have travel insurance already in place for their 10-day honeymoon in Orlando, Florida and a week on a Royal Caribbean cruise but Ms Maitland adds: “With the current travel bans, park closures and cruise cancellations, we’re certainly starting to feel anxious about what is going to happen with our best-laid plans.”

The couple, who live in St Ives, Cambridgeshire, say they are opting for a wait-and-see approach.

“More importantly, we remember to keep things in context. As important as our wedding is to us, and as excited as we are about our honeymoon, nothing is more important to us than the friends and family who we’ve invited to join us on that special day.

“As long as they all remain well and virus-free, then postponing or cancelling our plans doesn’t really matter in the end. We just want everyone to be OK.”

Meanwhile, also in London, Elisha Deol and her fiance Ronak Shah are trying to figure out contingency plans to make sure their wedding goes ahead in a few weeks.

The couple, who have been engaged for just over a year, were due to have a Hindu wedding with 500 guests at the Oshwal Centre in Potters Bar next month, with a civil wedding and reception to follow at The Savoy hotel the next day. The whole event was set to cost around £100,000.

Ms Deol said: “There are a lot of things that concern us about the wedding going ahead. These include venues and suppliers cancelling on us at the last minute; the health and wellbeing of ourselves and our elderly and at-risk guests and the fact we have friends and family who were due to come from overseas.”

She said guests from Canada, Kenya and the US had mostly all cancelled already.

Ms Deol adds: “We are currently in the process of writing to all suppliers asking them what their contingency plans are.

“It is so hard to know if we will get refunds, or even try to make any real plans as the picture is constantly changing.”