PM Shinzo Abe says he had no immediate intention to declare a state of emergency over the virus outbreak. 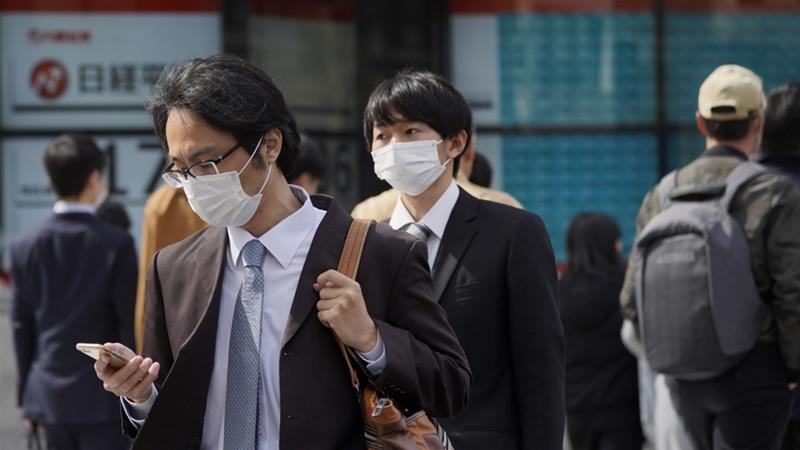 Japanese Prime Minister Shinzo Abe has resisted pressure for changes to the Tokyo Olympics schedule even as sporting events worldwide fall victim to the coronavirus pandemic.

Abe pledged on Saturday that Japan would host the games as planned in July and said he had no immediate intention to declare a state of emergency over the virus outbreak, which has seen more than 140,000 people infected across the globe and over 5,400 killed.

“We will respond by closely coordinating with officials concerned, including the IOC (International Olympic Committee). There is no change in this,” Abe told a news conference.

“We want to hold the Olympics as planned without any trouble by overcoming the spread of infections,” he said.

His comments came two days after US President Donald Trump suggested the Japanese capital postpone the Games for a year as the spread of the virus wreaks havoc on the sporting calendar.

Organisers, Japanese government officials and the IOC have insisted preparations are on track and there will be no postponement or cancellation.

England’s football Premier League, NBA basketball season in the US and the Augusta Masters golf major are just some of the competitions swept aside by the pandemic.

On Friday, Abe and Trump spoke on the phone about the outbreak and Olympics after Trump proposed a delay.

“We agreed that Japan and the US will cooperate and closely coordinate for success in the Olympics,” Abe said, adding they had not discussed any postponement.

The Japanese parliament on Friday approved legislation that gives Abe the power to declare a state of emergency to combat COVID-19, but Abe insisted such a declaration was not yet necessary.

The coronavirus has infected more than 700 people across Japan and been linked to 21 deaths.

Separately, 700 people on board a cruise ship that docked near Tokyo last month were also infected.

A state of emergency would allow local governments to require that people stay indoors, schools close and public facilities limit use.

Land and buildings could be requisitioned for makeshift hospitals.

IOC chief Thomas Bach told German television broadcaster ARD on Thursday that the body would follow recommendations by the World Health Organization, but that work continued for a successful games.

He acknowledged, however, that cancellations of Olympic qualifiers are starting to pose “serious problems”.