The BBC’s security correspondent, Frank Gardner, appearing on BBC Breakfast, said he believed Mr Zelensky will make renewed requests to the west for weapons supplies. He said that while “Russia is using massive amounts of artillery to flatten” Ukraine, Mr Zelensky will be desperate that NATO “deliver” the promised supplies to repel Russian forces. Speaking from Madrid, Spain, where the three day NATO summit is being held, he added that the meeting will still have to address tension between Sweden and Turkey over the Nordic country’s housing of what the latter nation views as Kurdish “terrorists”.

Asked what President Zelensky will want to say to the G7 leaders, Mr Gardner said: “‘More weapons and hurry up!’

“They are fighting a losing battle in the Donbas. They’ve lost Severodonetsk, Lychansk is being surrounded. They will probably lose that, I think.

“So, they have not got enough firepower to drive back the Russians who are relying very heavily on enormous artillery support.

“The Russians are not doing much infantry fighting compared to the early stages. They are just using massive amounts of artillery to flatten the Ukrainian positions.

“And the Ukrainians are saying: ‘Look, you’ve promised all of this stuff. We appreciate what you have given us but could you please hurry up and deliver it?’” 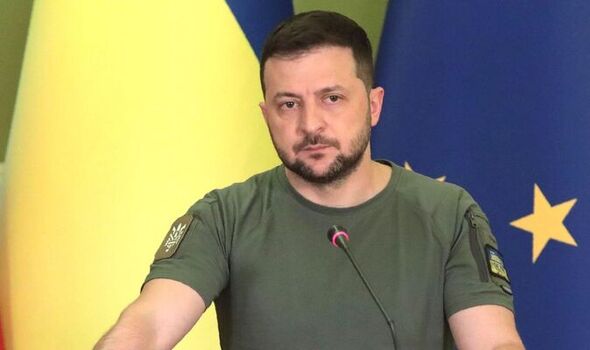 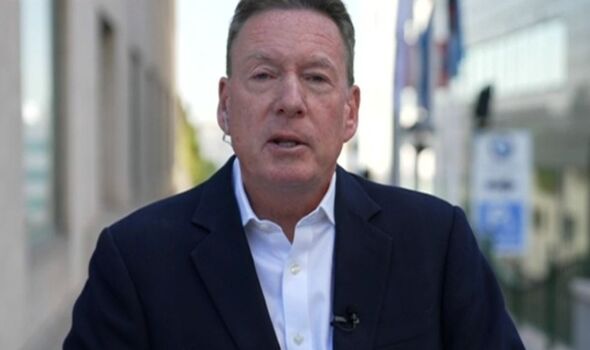 Mr Gardner added: “[Sweden and Finland] are spooked by Russia’s invasion of Ukraine. And it’s not quite so simple.

“When Sweden and Finland announced they were going to join, NATO said ‘Great. We welcome them with open arms. They are exactly the type of people we want’.

“The problem facing Sweden and Finland, though, particularly Sweden, is that there is a very large Kurdish community there, about 100,000, and Turkey is refusing to give it’s green light [to Nato accession] while Sweden shelters a number of people who it considers to be effectively terrorists.

“It does not accept them as political activists, it wants them extradited to Turkey. It was hoped by NATO they would have overcome these difficulties ahead of the summit but they have not been able to and it is a sticking point. 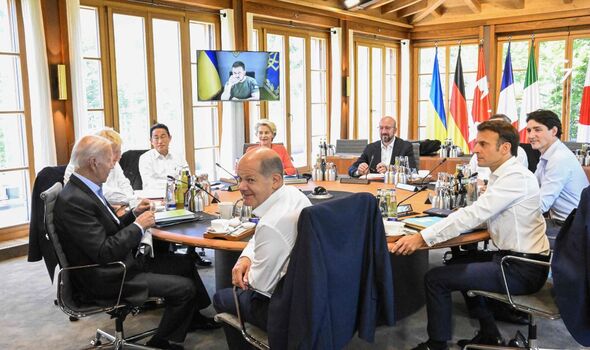 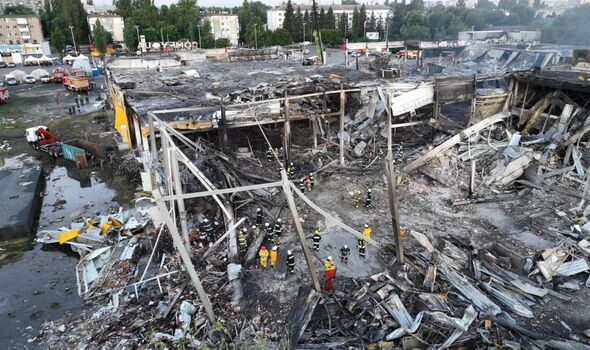 It comes as two Russian missiles slammed into a crowded shopping centre in the central Ukrainian city of Kremenchuk on Monday, killing at least 16 people and wounding 59, officials said.

President Volodymyr Zelensky said more than 1,000 people were in the mall at the time of the attack, which witnesses said caused a huge fire and sent dark smoke billowing into the sky.

The mall was engulfed in a wall of flame which turned to thick clouds of smoke as firefighters worked to contain the blaze. Aerial photos showed the structure reduced to twisted metal, with workers combing through growing piles of rubble. 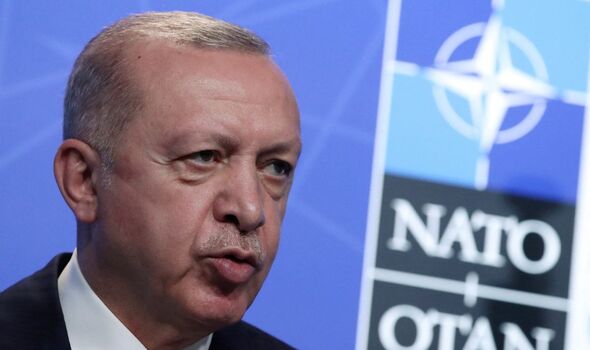 At the same time as the NATO talks, Turkish President Tayyip Erdogan has threatened to launch a fresh incursion into northern Syria to recapture towns held by the Kurdish-led Syrian Democratic Forces, which are backed by Washington.

The Kurdish YPG militia are a key part of the SDF that controls large parts of north Syria and is regarded by Washington as an important ally against Islamic State.

Ankara sees it as an extension of the militant PKK, a group they accuse Sweden of harbouring, while Western governments do not.

Aside from its anger with the two Nordic countries, Turkey has long been infuriated by other support for the YPG, notably from the United States, France and Germany.

READ NEXT: Putin gets desperate and turns to ‘Soviet-era’ missile
‘It was hell’ Ukrainian survivors recall ‘abominable’ Russian attack
Zelensky rages at Russian ‘scumbag terrorists’
Putin could be assassinated with ‘f*****g hammer to the head’
Peace deal with Putin ‘invites further aggression’