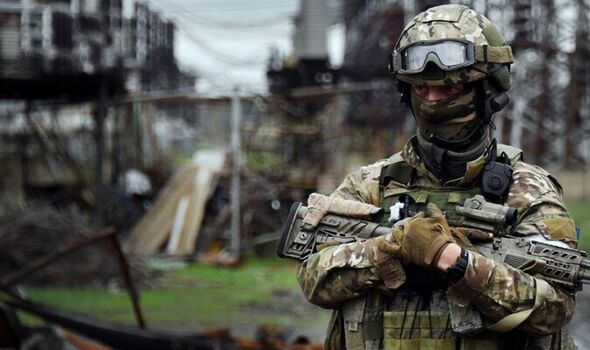 The MoD said: “In recent weeks, Russia has fired senior commanders who are considered to have performed poorly during the opening stages of its invasion of Ukraine.”

The MoD pointed to Lieutenant General Serhiy Kisel, who headed up the Russian assault on the northeastern city of Kharkiv.

He was suspended after failing to capture the city, and they speculate a similar fate has been met by Vice Admiral Igor Osipov, who was in charge of Russia’s Black Sea fleet.

This comes after the Russian cruiser, Moskva, sunk in April.

But a “culture of cover-ups and scapegoating” is likely to be rife across the Russian military and security forces, with many soldiers and commanders keen to avoid “personal culpability” for Russia’s poor performance”, the MoD said.