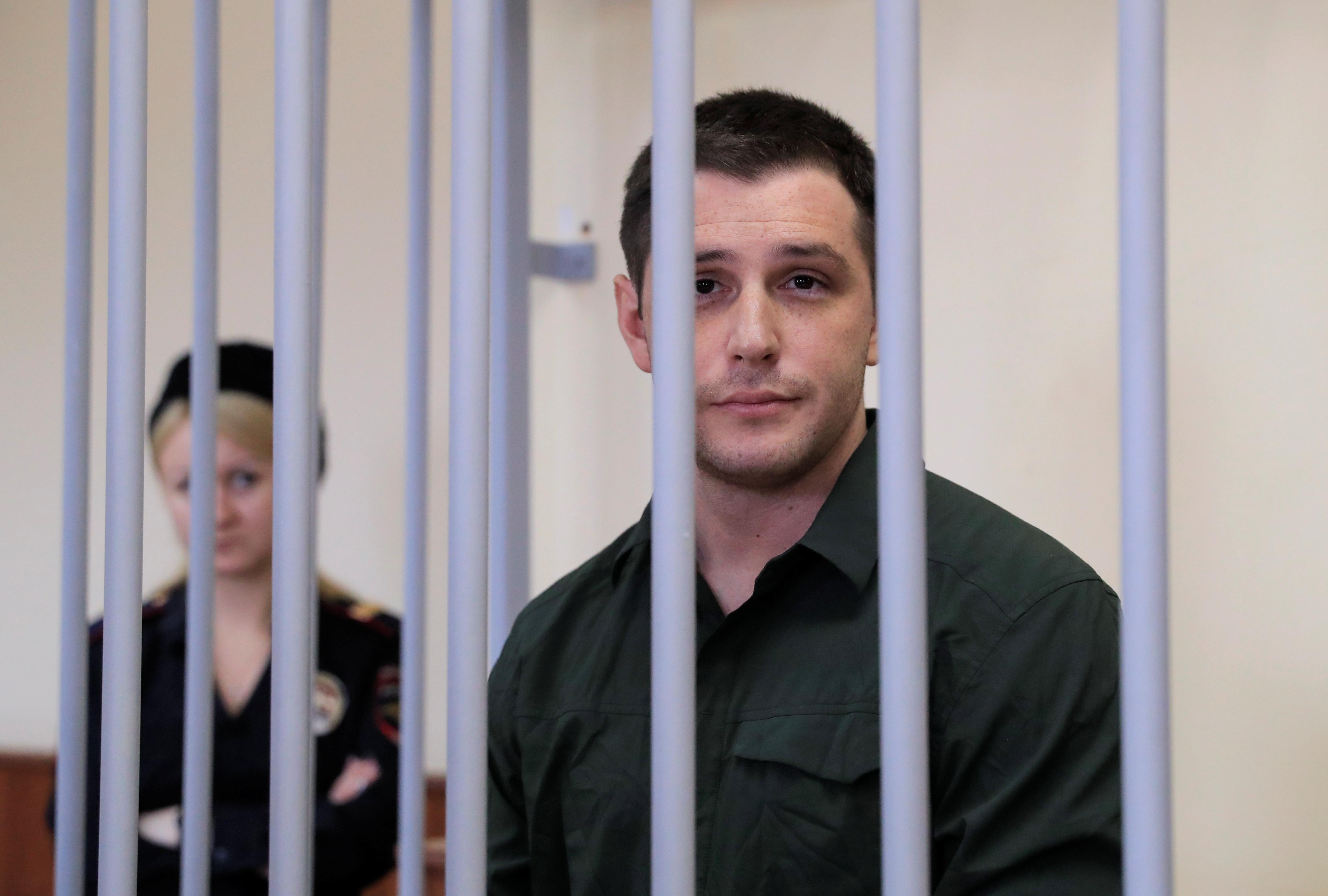 Trevor Reed, 28, a student at the University of North Texas and a former U.S. Marine, was taken into custody in Moscow last August for allegedly endangering the lives of two police officers who had detained him.

Reed, who could face up to 10 years in jail if found guilty, is accused of grabbing an officer who was behind the wheel, causing the vehicle to swerve dangerously, and of elbowing a second officer.

Reed appeared downcast at the hearing and made a heart sign with his hands to his parents and sister who were watching proceedings. He told the court he was currently not ready to either plead guilty or innocent to the charges.

The police officers testified at the trial, saying Reed’s actions had caused the car to swerve dangerously and that they had been scared for their lives.

Reed has no recollection of what happened after he drank vodka at an Aug. 15 party, which he attended with his Russian girlfriend, Alina Tsybulnik. He grew agitated after attending the party, prompting a colleague of his girlfriend to call the police, Tsybulnik said.

She said she had followed the car after his detention and saw no sign of it swerving dangerously. Reed’s father, Joey, said traffic footage obtained by the defense showed the car did not swerve.

“The defense attorneys believe that if we had those videos, we wouldn’t be talking to the media today. This (case) would not even be in court,” he said.

“There are a lot of irregularities (in the case)… Any of those things could have been answered if we had the video,” he said.

Tsybulnik said Reed had sustained bruising to his nose and two parts of his legs the night of his arrest, but was told by prosecutors when he complained that the injuries had nothing to do with law enforcement authorities.

Reed traveled to Moscow last May to spend the summer with his girlfriend and learn Russian.