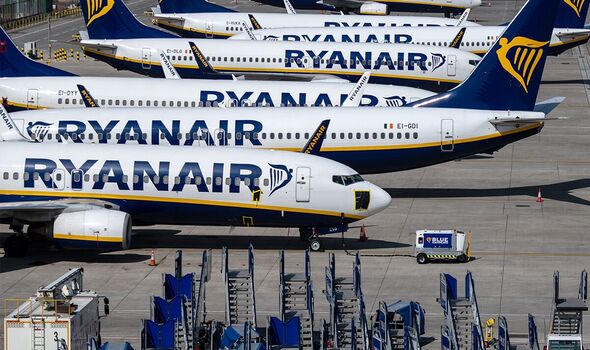 Ryanair cabin crews will walk out on Friday, Saturday and Sunday as well as on January 7 and 8. Crew members at the low-cost Irish airline based at Zaventem (Brussels Airport) and Charleroi have condemned Ryanair, which they say still refuses to guarantee the legal minimum wage in Belgium, according to the Brussels Times newspaper.

Negotiations over a new, collective labour agreement have stalled for months. The latest industrial action comes after strikes by cabin crew and pilots in the summer.

Over the first weekend, 107 planes are expected to be cancelled, leaving some 19,000 passengers on the tarmac, according to La Dernière Heure.

CEO of Charleroi Airport, Philippe Verdonck, is quoted in Le Soir as saying: “Nineteen thousand people are being held hostage because of this strike.

“Do I understand this strike? We are launching a movement because of uncertainty about the future of the Brussels base! Welcome to Belgium and thank you to those who are instigating this movement.”

Didier Lebbe, representing the unions involved, told the same publication: “A hostage situation? You have to be careful with the terms you use.

“There is currently a Belgian citizen in prison in Iran, that’s hostage taking. There is a difference between people who will have a disrupted New Year’s Eve and real hostage-taking that puts lives in danger.”

He added that the scope of the strike was limited to Belgian-based cabin crew and that the Irish airline was responsible for finding alternatives for affected passengers.

Mr Lebbe said: “There is still space on many flights before and after the weekend. Ryanair should give priority to those affected by the strike.”

READ ABOUT PENSIONERS LIVING OFF GRID BEING FORGOTTEN ABOUT

Staff are also reportedly angry about the uncertainty of Ryanair’s future at its Zaventem base, which closed at the end of October.

Ryanair bosses previously said a decision would be made about the fate of Zaventem by Christmas, according to Belgian media.