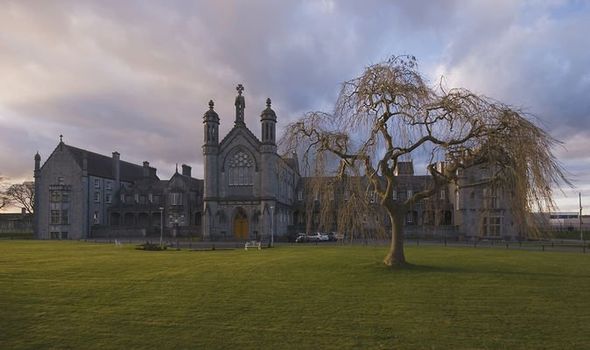 Harry Byrne was in the playground at school in Kilkenny, Ireland on Monday when he was hit in the head with a sliotar – or hurling ball – by mistake. After being hit, he collapsed and was rushed to hospital.

He was reportedly taken off life support on Tuesday at St Luke’s Hospital, where he passed away.

The school – St Kieran’s College – described the incident as “a terrible tragedy for his family, friends, parish and all in our school community.”

In a statement to local radio station KCLR, it said psychologists had been enlisted to help other pupils deal with the event.

It added that it “deeply regrets” the “tragic accident”.

“The accident occurred while the students were playing normally,” it recounted.

“Prayers and offers of support have been pouring in and are greatly appreciated.”

The school asked for privacy while the community mourned the loss.

Irish police said that they were treating the incident as a “tragic accident” and a file would be prepared for the Coroner’s Court in due course.

According to Independent.ie, the youngster was a promising young hurler who dreamed of one day playing for the Kilkenny Cats hurling squad when he grew up.

Local councillor and former soccer coach to the boy at Bridge United football club Denis Hynes said Harry’s two brothers, two sisters and parents Annette and Fergal were devastated when he had been taken off life support.

He added that the entire community was in shock: “people have no words”.

Harry was “full of energy” and loved his sports, Cllr Hynes said. “No question, hurling was his first love.”

He had recently tried out for the Kilkenny County under-13 development team and was waiting to hear if he had made it onto the team, Independent.ie reported.

Harry’s under-13 hurling club, Young Irelands in Gowran, had cancelled all activities following his death.

He added: “There’s no template for something like this.

As a club, we want to do as much as we can to help the family.”

He said Harry was “a grand young fella” who just last week had been out selling programmes for the club to raise funds.

St Kieran’s said that the school “continues to be open to parents, to support them and to offer them advice and guidance.

It added: “Each and every one of our students are precious to us”.

Local Councillor Pat Fitzpatrick the family “will have huge community support behind them.

“I am a dad myself and I don’t know where to turn with the news.

“Words just fail you that this tragedy happened at school, every pupil will be heartbroken and their families.”