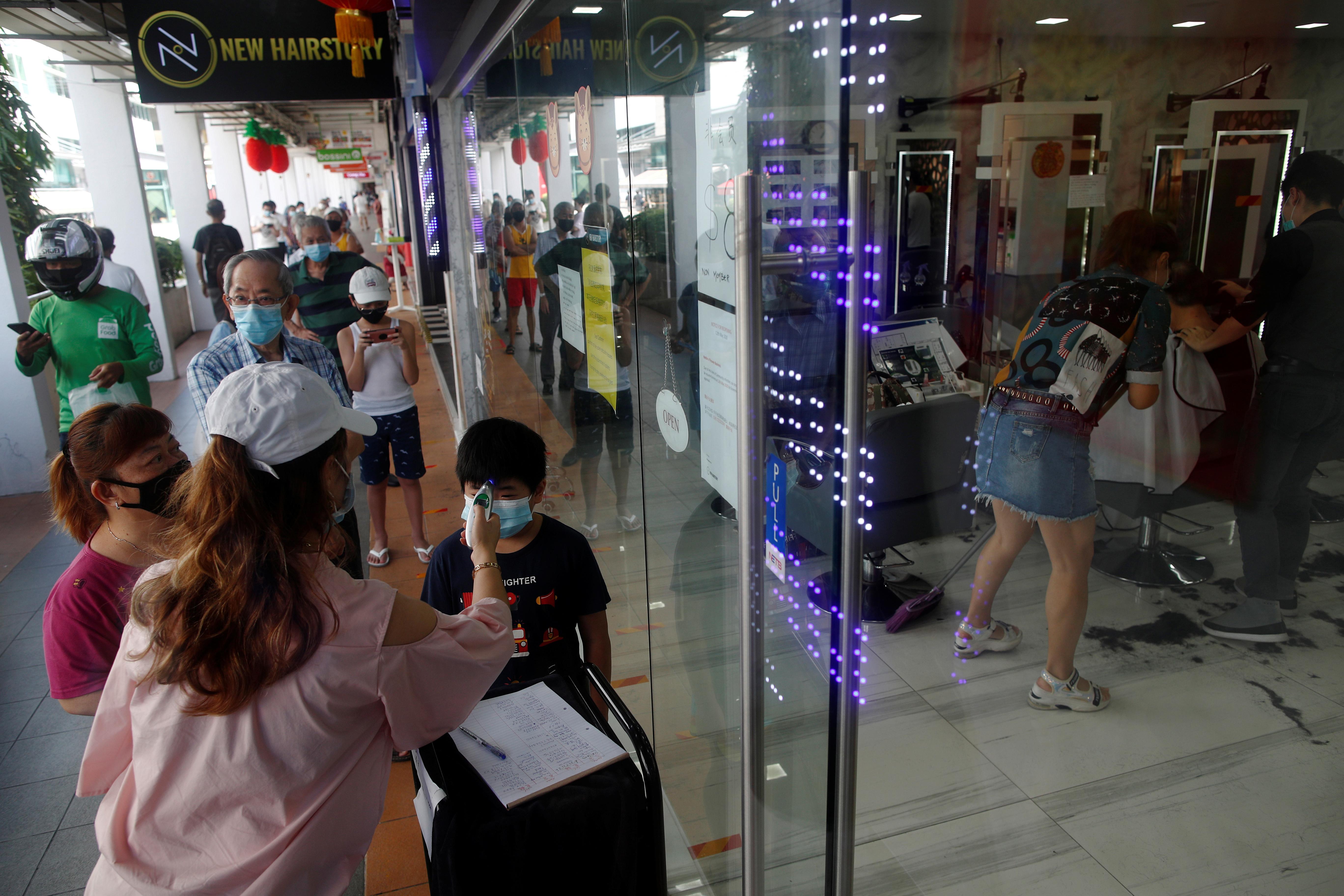 SINGAPORE (Reuters) – Singapore plans to test all 323,000 migrant workers living in cramped dormitories that have become a hotbed for coronavirus in the tiny city-state, it said on Tuesday, eyeing an easing of curbs next month to restart its economy.

The island’s tally of 24,671 infections is one of Asia’s highest, with the vast majority among migrant workers squeezed into often unsanitary dormitories on the nation’s fringes.

“The taskforce has drawn up a plan to allow migrant workers residing in the dormitories…to be progressively cleared so they can be safely returned to work when the time comes,” said health minister Gan Kim Yong.

Infections in the dormitories had “stabilised”, added Gan, who is co-chair of Singapore’s virus fighting taskforce, with the daily average having fallen to about 700 in the past week from more than 1,000 in late April.

But he cautioned that infection rates would stay high as testing was ramped up.

About 32,000 of those living in dormitories have been tested, said Lawrence Wong, also a taskforce co-chair, adding that several weeks would be required to test all the workers.

Some businesses, such as hairdressers, laundry services and pet suppliers, re-opened on Tuesday, but most workplaces and schools remain closed and dining at restaurants is banned under Singapore’s virus measures due to run until June 1.