SEOUL (Reuters) – South Korea reported more recoveries from the coronavirus than new infections on Friday for the first time since its outbreak emerged in January, as a downward trend in daily cases raised hopes that Asia’s biggest epidemic outside China may be slowing. 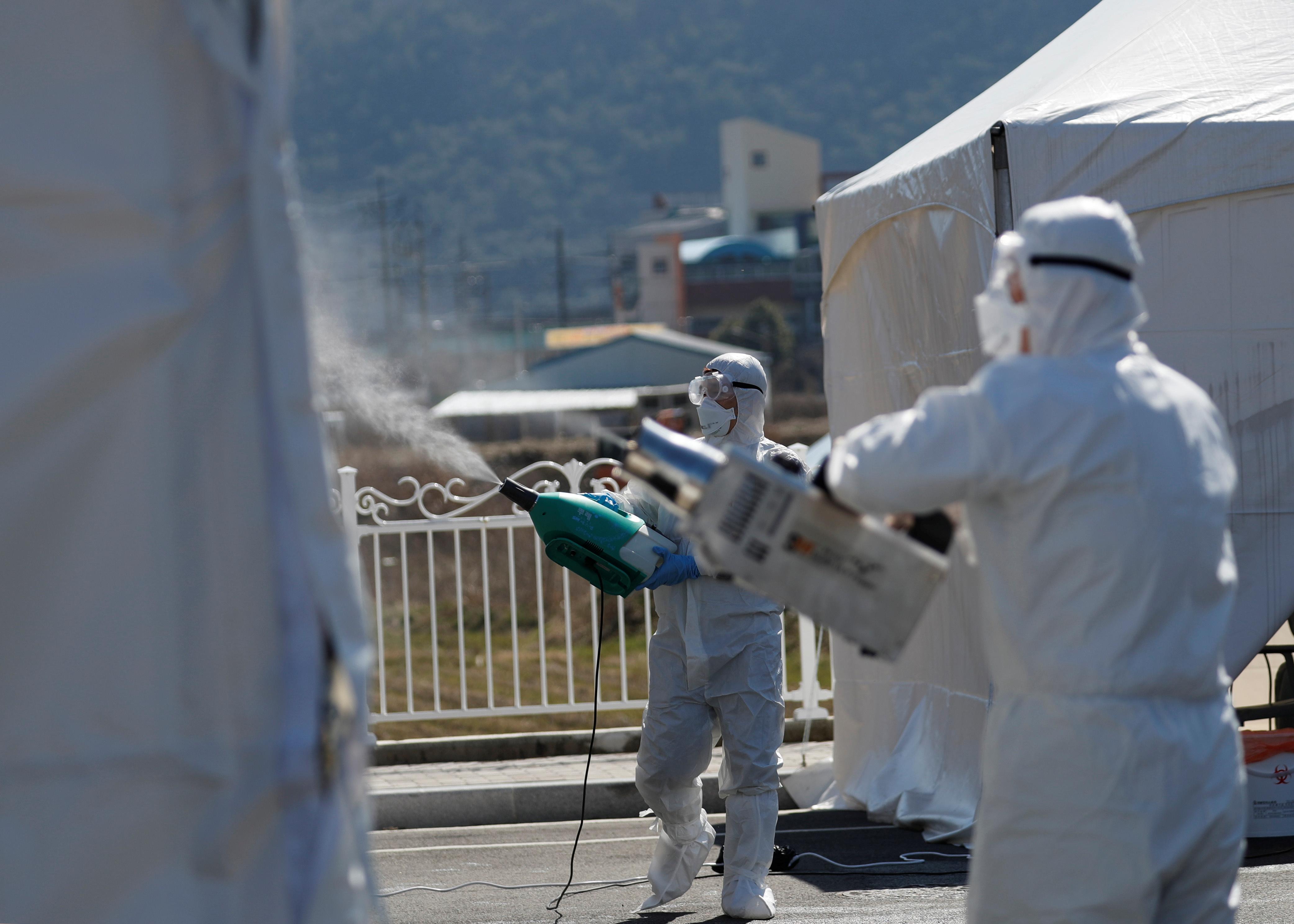 The Korea Centers for Disease Control and Prevention (KCDC) recorded 110 new coronavirus cases on Friday compared with 114 a day earlier, taking the national tally to 7,979. In contrast, 177 patients were released from hospitals where they had been isolated for treatment.

This marks the first time that the daily number of recovered people exceeded that of new infections since South Korea’s first patient was confirmed on Jan. 20.

The latest figures are in line with a downward trend in new cases which has raised hopes that the outbreak may be easing in Asia’s fourth-largest economy.

But officials urged vigilance after new clusters of infections emerged at a call center in a crowded part of capital Seoul, and a government agency in the administrative city of Sejong.

“We’ve managed to turn the corner, but there are concerns about overseas inflows, as well as possible infections at home around such facilities as call centers, computer cafes and karaoke rooms,” Prime Minister Chung Sye-kyun said at a meeting in Daegu.

Of the latest 110 cases, 61 were from the hard-hit southeastern city of Daegu where a fringe Christian church at the center of the epidemic is located, while 17 and 13 were in Sejong and Seoul, respectively.

At least 109 cases so far have been linked to the call center, operated by an insurance company whose 800-strong workforce is being tested or in quarantine for monitoring.

Seoul city plans to carry out extensive checks on some 10,500 computer cafes and karaoke bars as part of efforts to prevent the spread of the virus in crowded workplaces, Mayor Park Won-soon told a briefing.

Global alarm over the coronavirus intensified, with governments from Europe to the United States unveiling new measures aimed at slowing the spread of a disease that has infected almost 135,000 people worldwide.