We are in the killing fields of the MS13 crime gang.

“There are bodies here for certain,” Israel Ticas tells me as he surveys the terrain.

He is the self-taught bodyhunter of San Salvador.

He leads me to a place where he found the remains of a woman.

She was brought here alive and cut to pieces by 15 assassins.

Ticas uses his hands to show me how the killers cut off her arms, legs and head. They don’t bother to shoot people.

He says the gangs want to inflict pain and routinely rape the female victims before they are killed.

“She had a cut to the head, a cut to the arm… her whole body was cut,” he said, gesticulating slicing motions on his limbs and neck.

Her body was not the only one they found in the same location.

Often other victims are present and have to watch knowing that they will get the same treatment a few minutes later. It’s horrendous and Ticas has to confront this every day.

Ticas says they would never see older adults, elderly people, or children – only young people from as young as 13 years old to 25.

“These boys, for them a woman as nothing more than a sexual object, which was worth less than an animal.” He shouted instructions to the driver of a small digger who arrived. He needed a huge chunk of earth two meters deep to be cleared away so he could begin the painstaking task of digging and searching with shovels and pick axes.

It was going to be a big job, he said.

The signs of previous successful and unsuccessful searches dotted the landscape. 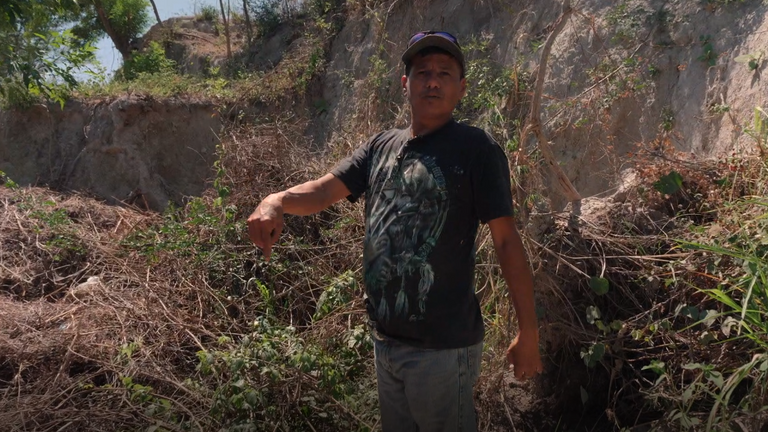 Small flags in holes indicated spots where Ticas thought bodies may have been buried.

One area was a patchwork of dozens of holes all exactly 15cm apart.

“We didn’t find the body the witness told us was killed here. If the body was here we would have found it, so we move further on,” he said.

“The witness has probably forgotten exactly where the person was killed.”

I ask if it was because they did the killing at night.

“Oh no, they kill in the day and in the night. Nobody can hear the screams out here and nobody but the gangs would come,” he said.

The murders in this barren wasteland are always brutal. 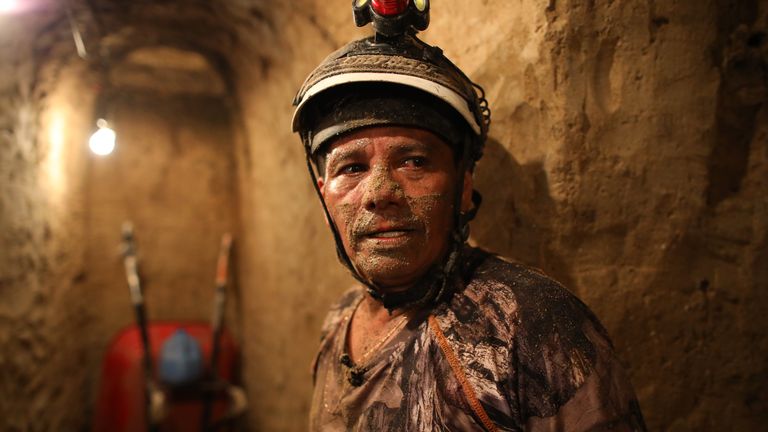 Earlier, I was handed a hard hat and pointed towards a hole in the ground. A sloping muddy path disappeared into the darkness beneath the University of El Salvador.

I could hear the sound of a shovel as I scrambled down into the catacombs deep beneath the university building.

Ticas was working at the end of a narrow tunnel hacked out of ancient bricks and rock, digging.

It was stiflingly hot, and sweat poured off the face of Ticas as he dug and scraped away at the mud and rock, pushing occasionally to sift through the piles of rubble looking for clues.

He was excavating the tunnels by hand, inch by inch, searching for evidence and clues that would reveal the final resting place of people murdered and buried here during the country’s civil war in the 1980s.

According to evidence presented to the El Salvador truth commission, between 300 and 500 people a month disappeared or were murdered as the military government fought left-wings guerillas at the height of the war in 1981.

Ticas pushed his way through a narrow gap he had made, linking two tunnels. He tapped the ancient brick and mud walls trying to find the cavity where the bodies have been buried and covered up.

He paused, spotting a long but bent nail. It could have been from a box or a coffin.

A witness to the murders had admitted they killed people down here but the foundations and catacombs beneath the building had long since changed as the university campus was extended over the intervening decades. It was an historical crime, but modern day murders are his real work and life’s calling.

In El Salvador there are many bodies to find, killed by the crime gangs that terrorise society here.

So far he has found the bodies of over 750 people who had been “disappeared” by the gangs, 70% of them, in recent years, women.

San Salvador has continued to be dangerous in the years after the war. In 2018, the capital had 50.32 homicides per 100,000 residents, with 3,382 people reported missing across the whole country.

The number missing is believed to be much higher because many do not report family members who have disappeared for fear of reprisal by the gangs.

Above ground I joined him and an ever present guard of police and soldiers, rifles permanently on the ready, as they scoured the barren hills outside the country’s capital, San Salvador.

Ticas has turned himself into a forensic investigator, inventing his own techniques for body hunting. He is a maverick who often clashes with his superiors in the Justice Department, but he gets results.

He is something of an earth whisperer who can read where evil was done. The gangs want Ticas dead. He knows this because they have tried many times. His techniques mean that apart from just recovering the bodies he can find evidence that sometimes links the crime to specific individuals.

He is driven by the need to find justice and restore dignity to the memory of the victims. He does it for the families and he does it for himself.

“I say (to the families of the victims) I honour the victims and I feel your pain. I feel it in my heart because I am human.”

Such is the scale of the violence here the Body Hunter of San Salvador will never finish his work. But he won’t ever give up on the victims.

Beneath the scorching sun in the barren wilderness he whispers, “I am the lawyer for the dead.”