One policeman killed and others wounded in capital Tunis, interior ministry says, as bombers blow themselves up. 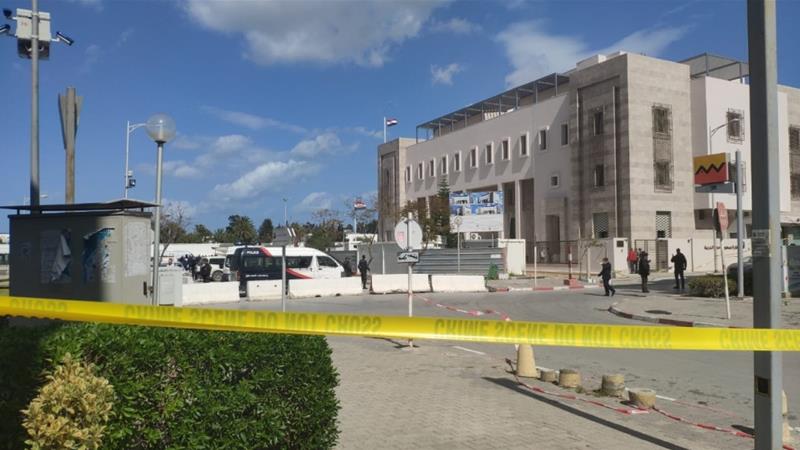 Two suicide bombers have blown themselves up outside the United States embassy in the Tunisian capital, killing a policeman and injuring six other people, authorities said, in the most serious attack in months.

An explosion at around midday on Friday rocked the Berges du Lac district, where the highly fortified embassy is located, causing panic among pedestrians and motorists.

“Two individuals targeted a security patrol… in the street leading to the American embassy,” the Interior Ministry said in a statement.

Photos posted on local news websites showed damaged vehicles on the road outside the embassy.

“We heard a very powerful explosion … we saw the remains of the terrorist lying on the ground after he went on the motorbike towards the police,” said Amira, a shopkeeper, told Reuters news agency.

Police taped off the area around the blast site, which was littered with debris. The US flag could be seen fluttering in the background.

There was no immediate claim of responsibility for the attack.

Police at the scene said the assailants drove to the area on a motorcycle and detonated their explosive devices as they were approached by officers deployed at a roundabout leading to the embassy.

The two attackers died and one officer, identified as a 52-year-old father of three, Lieutenant Taoufik Mohammed El Nissaoui, succumbed to his wounds.

“It was a homemade explosive device and we are looking for those who helped make it,” he said.

Donald Blome, the US ambassador to Tunisia, said he was “outraged” by the attack, before adding that all embassy personnel were safe and accounted for.

“I would like to thank the Tunisian authorities for their immediate protection of the US Embassy today, as well as their rapid response in investigating the situation,” he said in a statement.

Last summer, the ISIL (ISIS) group said it was behind three blasts in the capital, including one near the French embassy that killed a policeman and another that wounded five people during a security operation to detain a suspect. 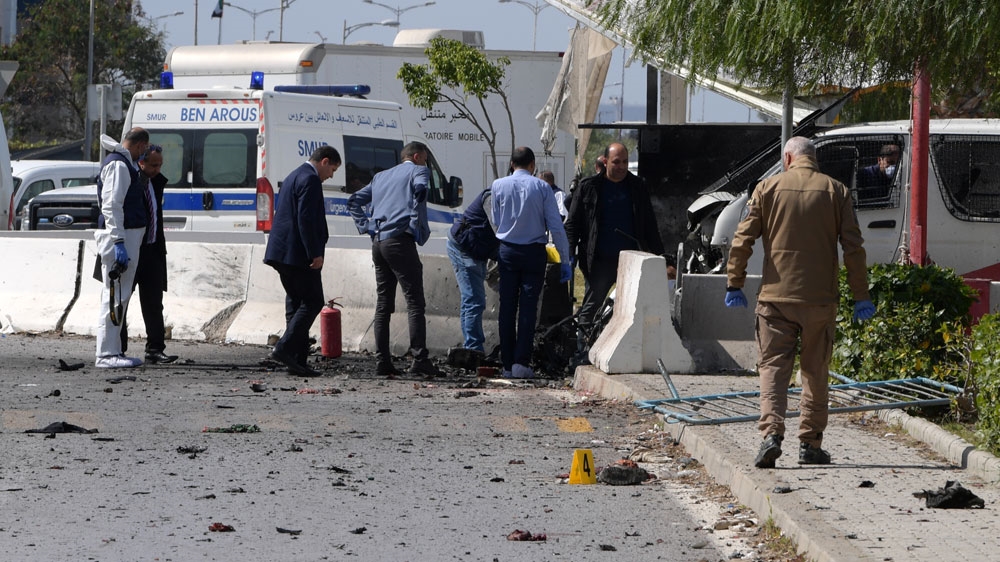