Scotland will start the weekend with more wintery weather, as cold air moving in from the West collides with rain to produce snow and sleet over the hills and higher ground. During the course of Saturday, a new low pressure front then moves in from the Atlantic to bring heavy rain to northern Ireland. The rest of the United Kingdom will see patchy rain, with some sunny and dry intervals.

Temperatures outside of northern Scotland will be on the mild side, due to southerly winds.

Coastal areas in North West Scotland will be battered by strong winds during the course of Friday night and Saturday morning.

Gusts could reach up to 50 mph or 60 mph over higher ground, possibly leading to further weather warnings.

The risk from flooding still remains in place due to the continuing high river and groundwater levels, as well as coastal conditions. 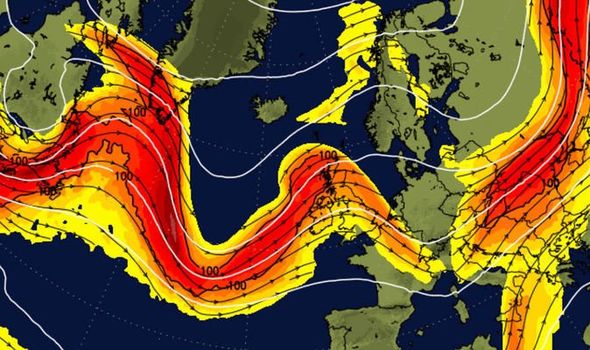 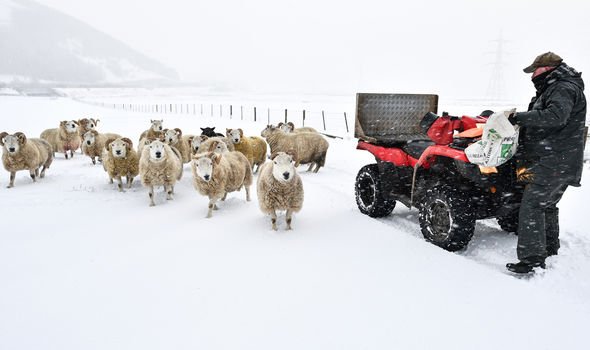 Jo Farrow from netweather.tv said: “Friday night, the rain moves over western Scotland and with cold air ahead of it there will be snow for the hills and mountains.

“Early on Saturday Northern Ireland will be fair with light winds, Britain more cloudy with the frontal band north-south.

“Patchy rain for England heading east and still wintry bits in the mix for Scotland mostly over the hills, this tries to clear away north-eastwards, but western areas stay damp.”

She added: “That was not the Low of the Day. Another one heads in from the Atlantic bringing heavy rain to Northern Ireland by lunchtime and freshening southerly wind. 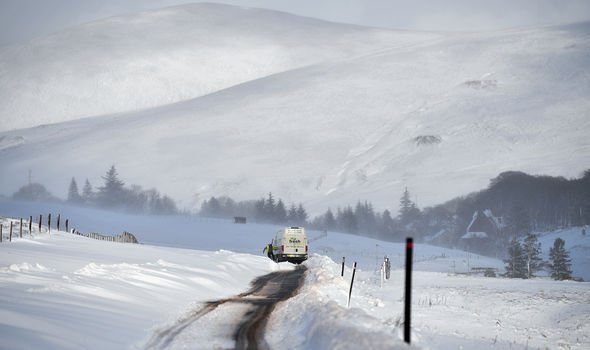 It will be mild with fine, sunny spells appearing over Britain for a time.

“Through the second part of the day, the rain band over Ireland will move to western Britain with more cloud ahead of it. The SW winds freshen.”

While it will be a blustery weekend, the winds won’t be anything nearly as strong as those felt during Storm Ciara and Dennis.

Sunday will be a mixed day with some showers and sunny spells. 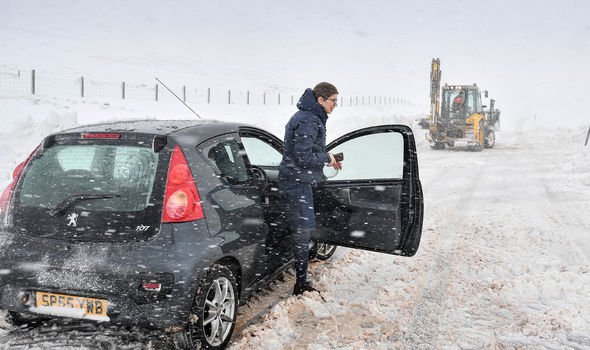 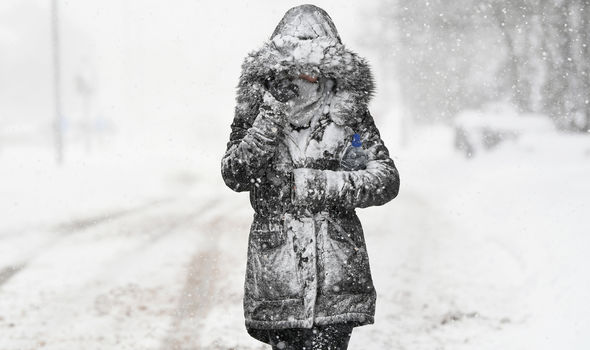 The morning will be cloudy with rain in Wales and much of England while the far south-east is likely to be dry and cloudy for a time.

There will be some thundery conditions in northern areas with high of 9C in the north and 12C in the south.

It will be mostly cloudy with showers in Scotland and Northern Ireland.

In the afternoon rain in England and Wales will become increasingly light and patchy with brisk north-westerly winds.

But early next week will bring slightly warmer temperatures and brighter conditions.

This comes as the UK continues to feel the effects of flooding wrought by the storms Ciara and Dennis. 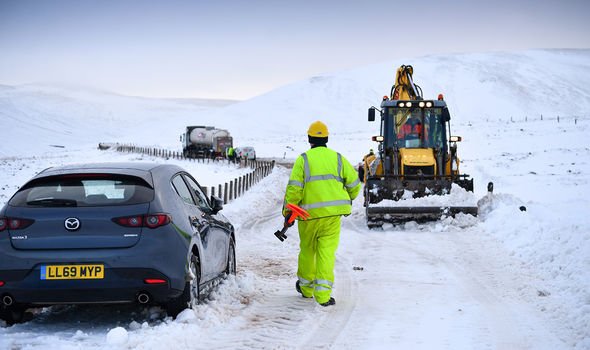 A Welsh action group has called for the River Taff to be cleared of river pollution caused by the recent Storm Dennis-related flooding.

Wet wipes, sanitary products and a large metal drum are among items clogging up the banks of the River Taff.

Cardiff Rivers Group said wildlife had been affected and called for action.

Natural Resources Wales (NRW) said it was having to prioritise checking flood defences and clearing blockages.