Thus far May has been bleak for much of the UK, with temperatures below average for the time of year. According to The Weather Outlook forecaster Brian Gaze this is set to change.

He shared a screenshot of an atmospheric model weather map showing western Europe engulfed in red and the UK in orange next Friday.

Met Office meteorologist Alex Deakin has predicted temperatures will rise sharply over the next few days. 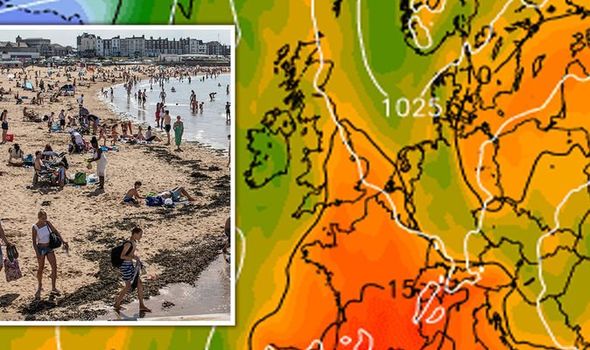 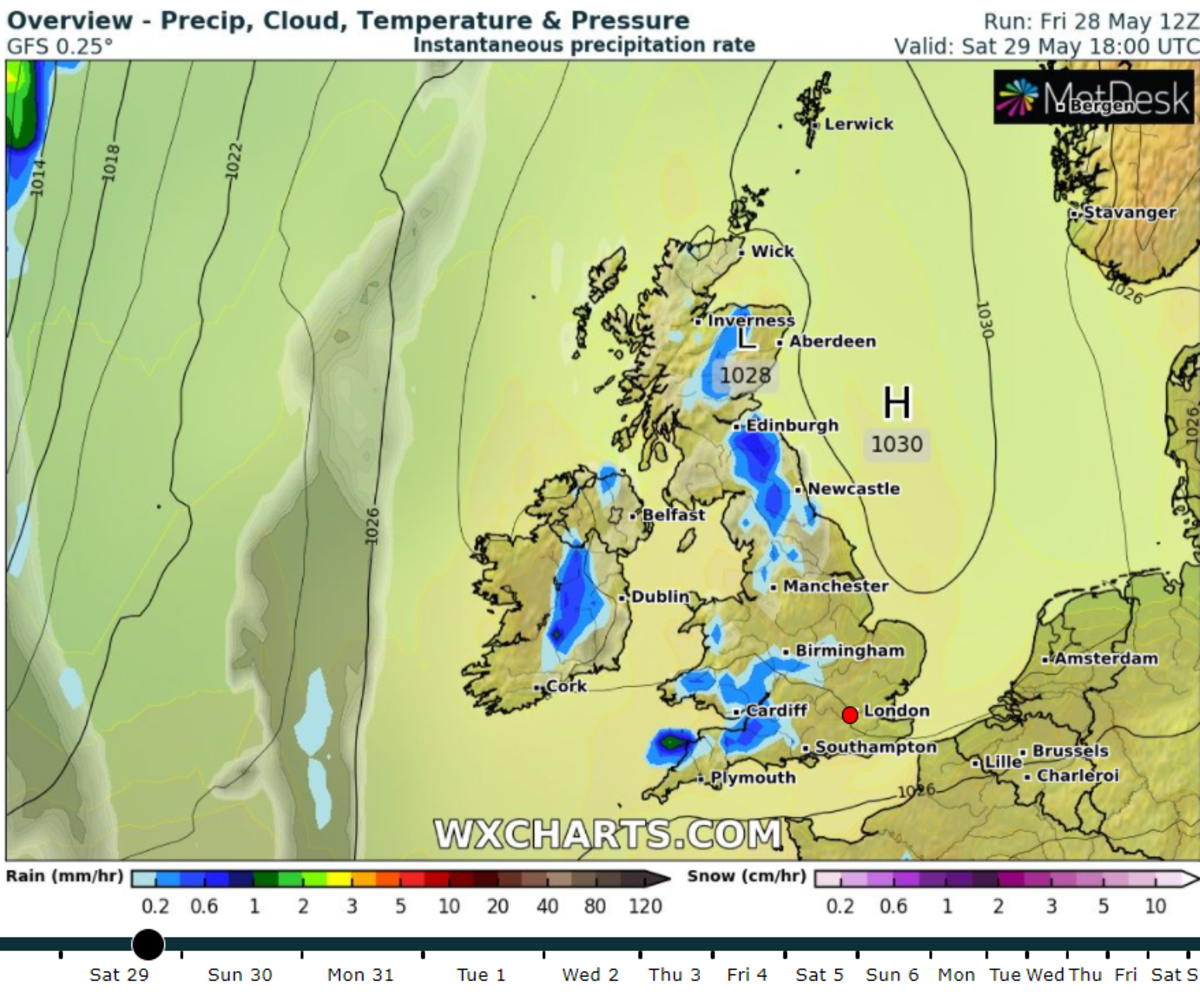 He commented: “Sunglasses, sunhat and sunscreen definitely required this weekend.

“Some warm sunshine on offer this May after what has been a very very chilly month.”

Saturday will start chilly for parts of the country, with temperatures dropping to single digits for northern Scotland and East Anglia.

Some light rain should be expected over the midlands, western Scotland and parts of Wales but this should soon clear up. 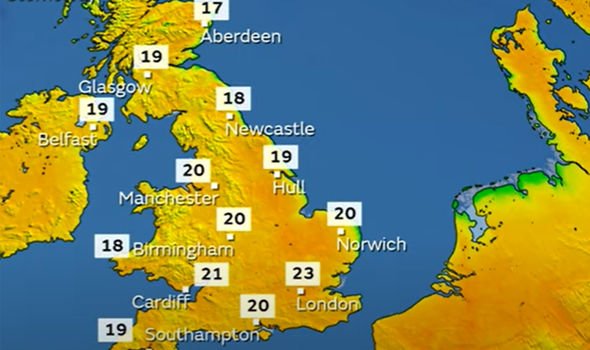 Mr Deakin added: “It could take a while, so some places will be cloudy into the afternoon, but generally it is turning sunnier as the day goes on.

“There is the small chance of one or two isolated showers breaking out as well and some of these North Sea coasts may just stay a little bit misty and murky, particularly the east coast of Scotland and across the Northern Isles.

“But most will be brightening up, and warming up, as well.

“When the sun pops out we’ll see temperatures at or above average, into the high teens, low twenties. 23 is possible on Saturday afternoon.” 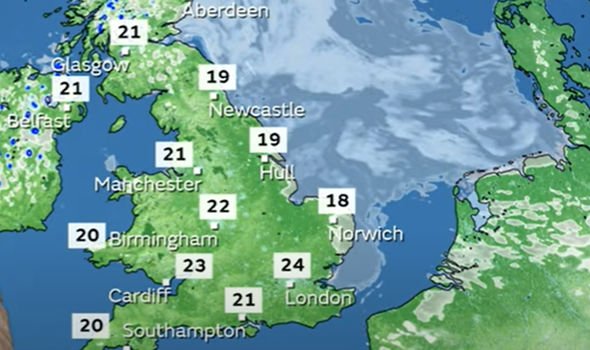 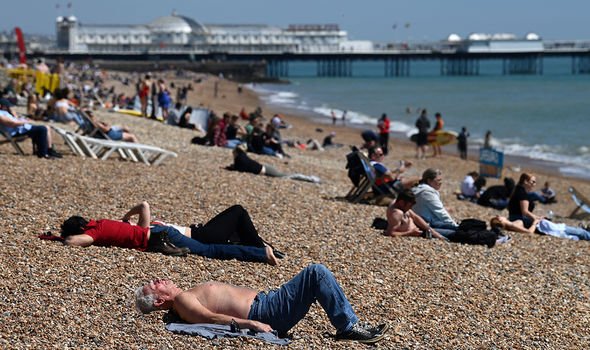 Conditions will remain fine over Saturday evening though there may be some scattered showers.

However overnight some mist and cloud might creep back across parts of eastern Britain.

Mr Deakin said: “Again for some Sunday will start a bit drab but that should move back to the coast pretty quickly once more.

“Some coasts might just stay a bit misty, there’s the small chance of one or two isolated showers across Scotland and Northern Ireland but for most places it’s a sunny Sunday. 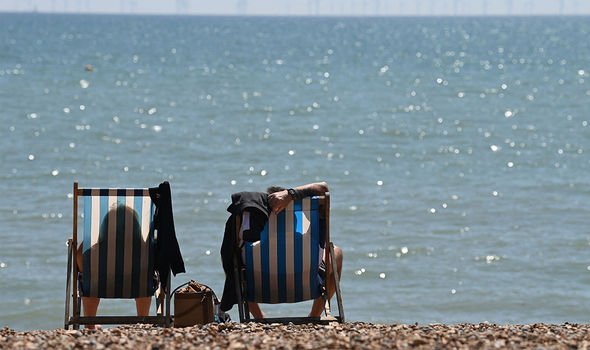 “Now that sun is also pretty strong. UV levels this weekend will be high or very high, temperatures will be up as well more widely on Sunday over 20C.

More sunshine is expected on Monday though eastern areas might also see a little mist.

The worst of the weather will be over north-west Scotland where cloud and some patchy rain should be expected.
Source: Read Full Article