Two weather fronts are preparing to smash into the UK bringing powerful downpours for some northern areas. Scotland, Northern Ireland and parts of northern England are forecast to be worst effective.

She said: “It will warm up into next week significantly turning hot in the south-east in the first part of the week with some warm sunshine pretty much anywhere.”

Thursday will start cool for most of the country though it will be largely dry.

Heading through the day Britain should expect cloudy conditions, with the sun sometimes breaking through, and some showers for northern Scotland later on. 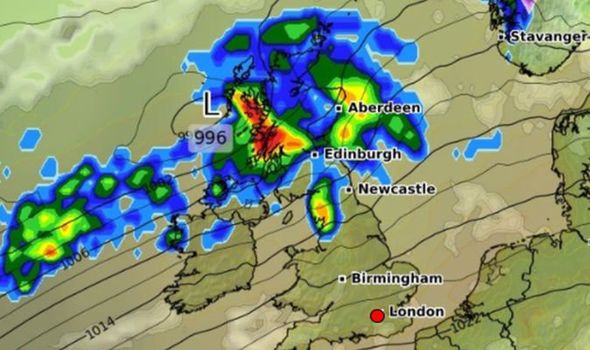 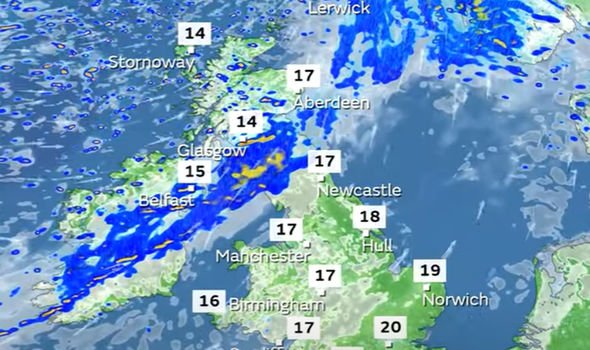 Ms Nasir forecast: “A cold start, wrap up warm if you are out and about first thing.

“We could find the cloud building through the middle part of the day.

“Certainly for Scotland and Northern Ireland a band of cloud will come in from the Atlantic and bring in some showery bursts of rain which will affect northern and western parts of Scotland through the afternoon.

“Elsewhere it’s a mostly dry end to the day and certainly we’ll see some sunshine further south and east across England and Wales, temperatures here around 17-20 celsius, further north 14-16 will be your highs.” 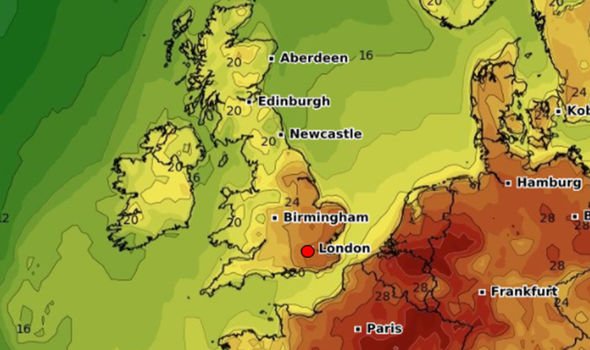 The first weather front will begin moving over northern parts of Britain towards Thursday evening.

This will produce some heavy rain which will continue southwards through Friday and Saturday.

However the south of England and midland’s should remain relatively dry throughout the weekend.

Ms Nasir explained: “Through Thursday evening we will continue to see showery rain across the north and west of Scotland. 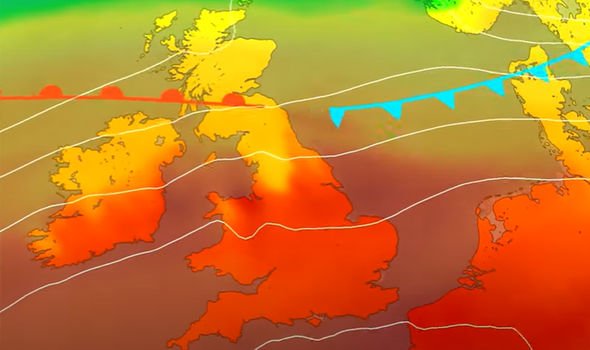 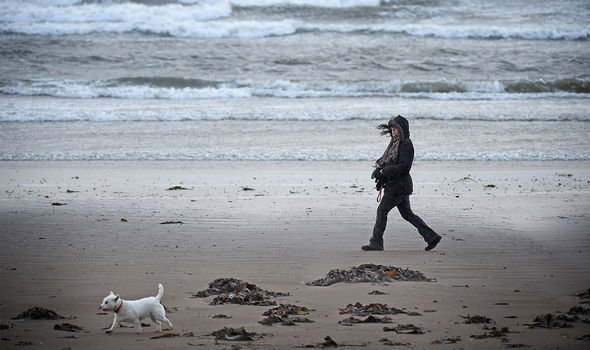 “It will intensify later as a weather front moves in.

“That will really herald a change in our weather across the north.

“We’re likely to see some high rainfall totals through Friday and into the weekend.

“This weather front then sinks down towards mainland Scotland as well as Northern Ireland eventually reaching on Friday northern England later on in the day as well as the far north of Wales.

“To the south of that it’s fine and dry with some sunshine, a bit breezier, and across the north we will see some showers arriving.”

Saturday will see strong winds for much of the country with another weather front crashing into northern areas.

This is expected to bring more rain for Scotland and Northern Ireland. 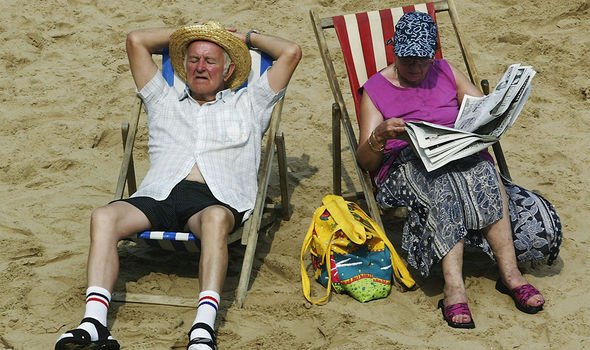 However temperatures will begin rising in England and Wales beginning a trend which continues into next week.

The highest rainfall is expected across western parts of Scotland.

However there are no Met Office weather warnings currently in place for the next few days.