Yulia Paievska, a volunteer medic in the long-besieged port city of Mariupol, was held and tortured by Russian forces for three months. She was kidnapped travelling through a humanitarian corridor to attend to an injured Ukrainian civilian in March, and subjected to “beatings and torture with electricity”.

She then revealed: “The Russians told me it was best to commit suicide because they would kill me anyway, but I tried to believe I would survive.”

But Ms Paievska, 53, who was a member of Ukraine’s team at the Invictus Games earlier this year, said that a phone call from Prince Harry after her release spurred her on.

She described the Duke of Sussex’s message as “strong” and “sincere”, commenting: “He simply inspired me to continue to fight.”

She added that the prince reiterated his support for Ukraine “and all of us”, and the “Invictus Games family always takes care of its members”.

Prince Harry is a founding member of the Invictus Games, celebrating wounded or injured servicemen and women. 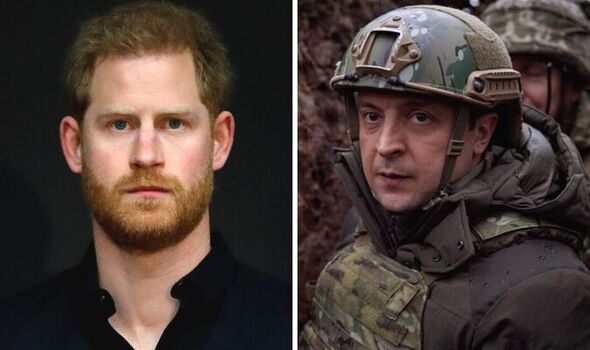 Russian troops are preparing to mount an offensive against Ukrainian forces in eastern Ukraine as they bolster their southern defences, according to Ukraine’s military.

Ukraine’s General Staff of Armed Forces said on Saturday that Russian pushes westward from the Donbas concentrated on the Bakhmut and Avdiivka regions.