Since the conflict began at the end of February, 2,400 schools in Ukraine have been damaged or destroyed. On Thursday, a number of children returned to their schools with a mixture of nerves and joy, but they all showed their undeniable courage.

Those who returned to school spoke of their worry of further attack, the sirens that blare out, and of air raid drills.

Speaking to The Telegraph, 15-year-old Mariia was returning to school at Lyceum 51 in Lviv on Thursday, and said: “I was a little bit nervous, because I don’t know what Russian terrorists will do nowadays”.

She added: “Every day we have some sirens, and I don’t know if they will attack us when we are at school…I’m just so relieved because our city has not been hit.”

The 15-year-old student spoke of the return to a relatively ‘normal’ daily routine though the school schedule now includes a practice run to the bomb shelter in the basement of the school. 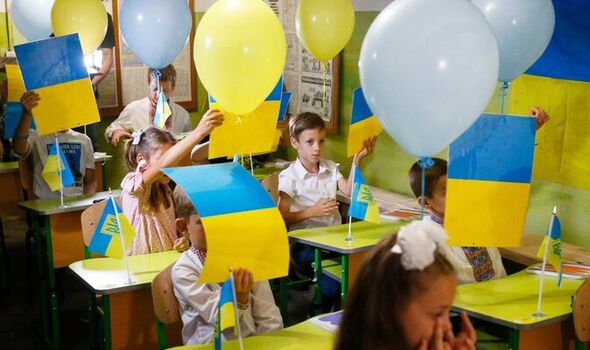 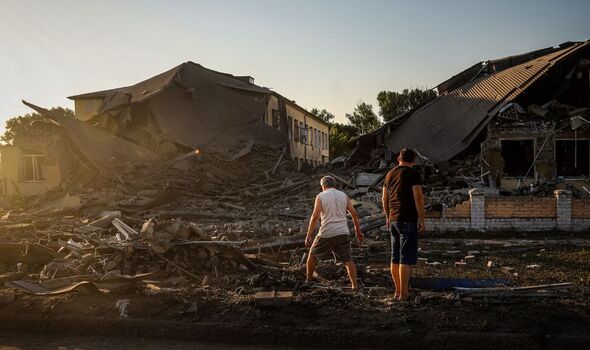 “When you touch someone, it is better than when you see them on a screen – it’s so much better talking to them in life, not just by phone.”

The schools across the besieged country have been cleared up, with debris removed, repairs to the parts that are fixable, and blood scrubbed off floors in order to get the traumatised children back into school.

Due to the continuing conflict, only half of the schools in the country reopened as the other half remain closed due to a high risk of bombings including those in Kramatorsk in the Donetsk region.

Parents have the choice to send their children back to school or to continue with online teaching as the schools reopen in regions such as Kyiv, Lviv and Chernivtsi.

Like Mariia, seven-year-old Emilia Hrabar started her first day of Middle School 50 in Lviv and is affected by the sirens. 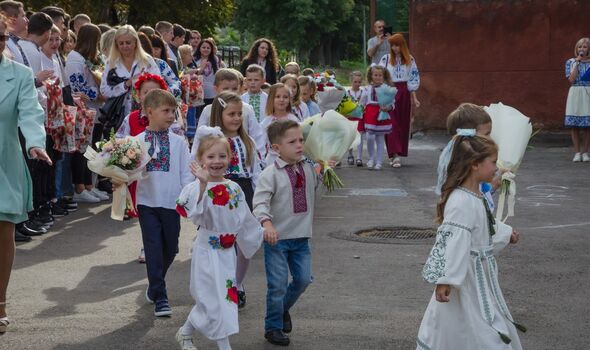 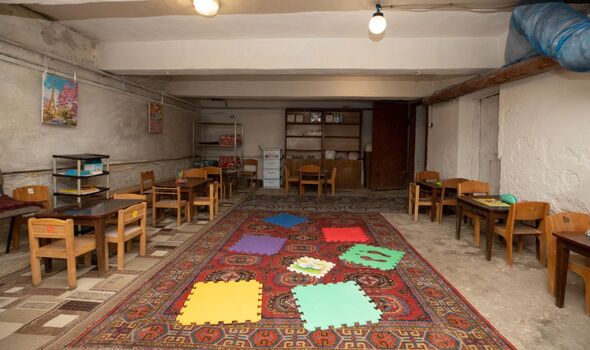 Her father, Vitaliy told The Telegraph that he worried about leaving her at the gates and how she would handle the sirens.

He said: “She really hates it when the sirens go off.

“We usually sit in the corridor at home and look at the map on line to see which regions are [in danger].

“She always says – it’s so sad, this region or that region is red again.

“I’m not sure how she will cope with the sirens at school.”

In the bomb shelter underneath the school, all the children will have access to backpacks containing food, games and a torch in case of a strike on Lviv.

Many other students only returned to school to pick up textbooks and other learning aids to return home for online learning.

Oleksii Lytvyn, 13, attends a school in Mykhailo-Kotsyubynske which was badly damaged following an attack. 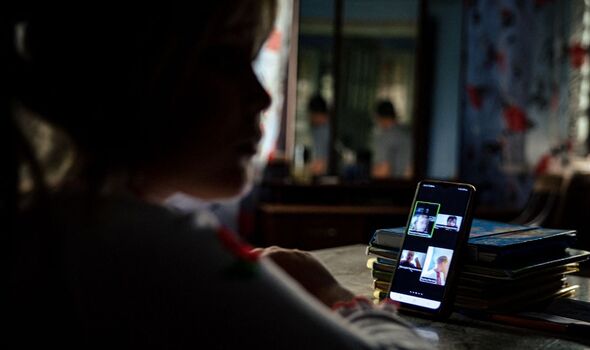 The thirteen-year-old recalled how he and his family hid in the school’s bomb shelter on March 4 with dozens of other people.

Just before the explosion which killed a woman who worked at the school, he had been playing with a friend when the walls shook and a huge cloud of dust disrupted his vision.

He said: “We were sleeping in the corridor, and there was a corpse of a dead person behind the wall.”

Other students told The Telegraph that being back at school brought back too many memories of the event and the woman who died in the explosion.

At least 379 children have been killed in the conflict, 223 are missing and another 7,013 children have forcibly transferred along with other Ukrainians to Russia from occupied areas.

The returning students have once again shown the Ukrainian courage and defiance that the world has seen time and time again since the beginning of the conflict.